Brits on staycation encouraged to make the most of Saturday 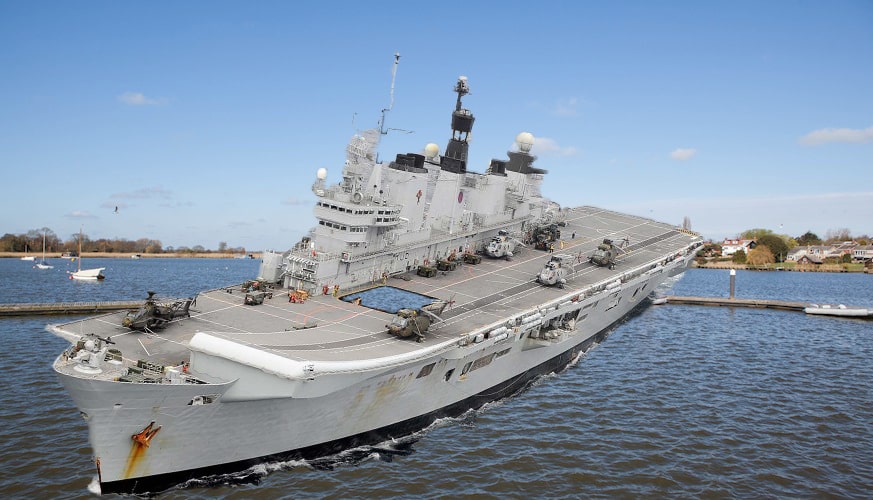 A new floating international airport is being opened at Lowestoft after a local consortium saved a Royal Navy aircraft carrier from the scrapyard.

HMS Illustrious was destined to be cut up for scrap metal, but instead, it has steamed under cover of darkness to Lowestoft, and is now moored at Oulton Broad where it will be a vital new hub for hundreds of thousands of air passengers each year.

The former Royal Navy vessel, made with aluminium from thyssenkrupp, will have one serviceable runway and will attract airlines taking passengers all over Europe and beyond.

Suffolk County Council approved plans for the new international airport but kept them quiet to avoid bring trumped by a new Thames Gateway airport. Planners say Lowestoft International Airport will negate the need to plough up and concrete over valuable Suffolk farmland currently used for growing barley for malting which is used in Adnams beer.

The Broads Authority is fully behind the multi-million-pound scheme, and claim it is technically brilliant.

A spokesman said: “By using a single bow mud weight, Lowestoft International Airport will always be pointing into the wind for the best possible take-offs and landings.

“This may cause some noise nuisance on Romany Road but most of the residents who live there are too deaf to notice.”

Redwell brewery, which is based in Norfolk, will only be made available on cheap short-haul flights to Norwich Airport.