The Tour de France could sensationally move to Suffolk because professional cyclists have been forced off drugs and can no longer cope with steep hills.

“Since we enforced a ban on illegal stimulants and rigorously carried out blood tests, the cyclists can no longer get up most of the hills in France,” a Tour insider told the Suffolk Gazette. “And the mountain stages are now totally out of the question.”

Suffolk, with its flat or low-rolling countryside is seen as ideal territory for the new generation of clean cyclists, and already former yellow jersey winner Sir Bradley Wiggins has indicated he would now join the race.

“I thought my Tour days were over,” he said. “I was just totally sick of riding up hills. It really hurts your legs. But Suffolk will be great. My Auntie Brenda lives near Saxmundham, so I should know.”

Tour de France bosses are expected to reveal their decision to uproot to Suffolk in the coming weeks.

The move has prompted the Suffolk Gazette to launch its own professional cycling team on the understanding it will receive huge support in its home county. Top riders are already queueing up to be part of the elite team, including last year’s Tour winner, Chris Froome. 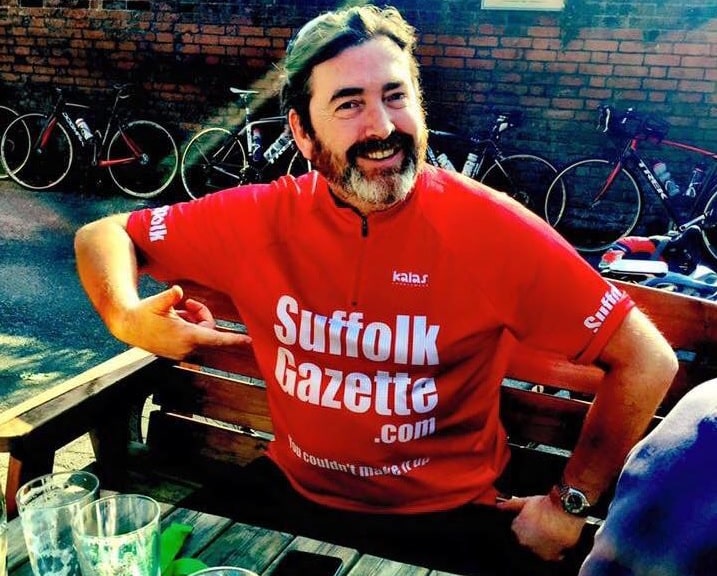 Froome said he was “over the moon” about the move to Suffolk, and with joining the elite Suffolk Gazette team, which will have a special Adnams fitness drink for riders. He said: “The move to Suffolk is sensible. I’m quite fair-skinned and no matter how much sun lotion I put on I just burn in the south of France.”

It is expected that the new Tour, which will eventually be rebranded as the Tour de Suffolk, would finish in Felixstowe with the award ceremony beamed around the world live from outside Peter’s Ice Cream kiosk at the bottom of Bent Hill.

Sprint champion Mark Cavendish explained: “The flat stages have always been my favourites. I’ll admit I’m a bit worried about the finish in Felixstowe and coming up Convalescent Hill. It’s steeper than you think. Most people get off and push so I might do that, too.”

However, the British Medical Association expressed concern about the lengthy award ceremony in which riders are clad only in lycra shorts and tops. “This type of clothing may be fine in France but we have genuine concerns about the winners catching a chill. That North Sea breeze can be deceptive. We recommend warm tracksuits.”