8 reasons why online gambling is thriving in the UK

The Queen’s Speech: What Her Majesty REALLY wanted to say

We know readers off The Suffolk Gazette are busy so we have brought the information from the Queen’s speech down to the nitty gritty. The historic speech came after a man banged on the door with his black rod and was arrested for flashing.

1. My Government is in tatters but will try to stop its squabbles even if One has to hit them with One’s Orb and Sceptre. The paparazzi will receive a large sum of money from my subjects’ newspapers if they can obtain a photograph of my Prime Minister in any public place.

2. My Government will reduce taxes on One’s subjects so that they can afford more royal mugs and commemorative mugs and dolls that One finds in the cheaper Sunday supplements and old people’s magazines. But taxes may still be uncollected from famous socialist pop stars, sports starts, large coffee companies and global firms who suck the life out of One’s economy.

3. New legislation will be introduced to provide a paddling pool for every one of my subjects, no matter what creed, religion, colour or sexual proclivity to cope with the current heatwave.

4. My Government will continue talks over Brexit, with our ministers taking sacks of money, boxes of chocolates, and Scottish whisky to bribe and beg a way out of the mess my Government has made of it and will no doubt do ongoing.

5. My Government will forget all about grammar schools and give large quantities of wonga to Eton, Harrow and prep schools to help them with their gourmet school lunches, while cutting gruel to common schoolchildren. 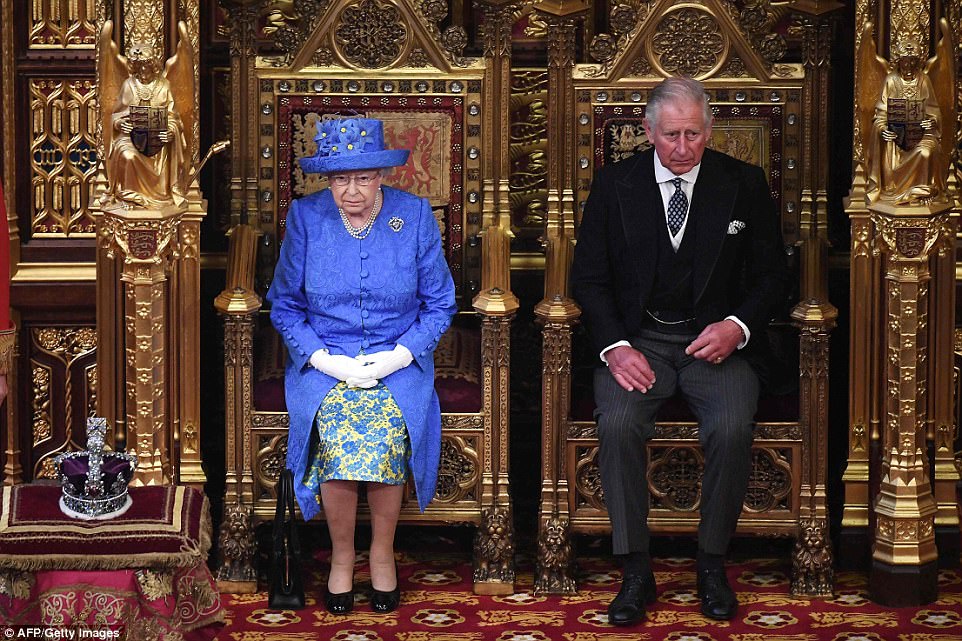 6. My Government will continue to pay winter fuel bills for myself and other billionaires so that we can run at least two bars on One’s electric fire in the living room while One enjoys Pointless along with all the other subjects.

7. My Government will point out to Mr Corbyn, leader of the Opposition, that he lost the election and those figures cannot change even if Ms Diane Abbott tries to add them up again. If Mr Corbyn continues to think he WON the General Election, he will be locked in the Tower of London, ready to be beheaded.

8. Old people, like Oneself, won’t have to sell their homes for care in their old age, so that like my own late mother, they can drink gin with gay abandon while playing croquet
On one’s lawn.

9. There are fewer legislation bills by my Government because they had to change their minds about everything after publishing their comedy manifesto, which brought gales of laughter, lightening the atmosphere the sombre nation was under at this difficult time.

10. My Government will not be inviting American President Mr Donald Trump for a State visit after all because we know he likes to grab pussies and we do not know where he stands on grabbing Corgis.

Now One is orf to Ascot, where we have a Royal Box to keep us away from those tattooed, fake tanned Essex girls who turn up by the coachload to vomit on the track. One wishes you all a winning flutter and a glass of Pimms and 99 cornet. God bless you, one and all.