Suffolk GazetteYou couldn\'t make it up
More
HomeNews
May 25, 2020

Norfolk Police have released an e-fit of four men they want to question after bags of turnips were stolen from a barn.

The suspects were seen running away from Bubba Spuckler’s smallholding near Downham Market, each with a bulging sack over their shoulders.

Officers were called to the area by Betty-Lou, who is Mr Spuckler’s sister and the mother of their eight children after she spotted four men vaulting over a brick wall into the fields behind her yard.

Police spokesperson Sgt Lorraine Fisher, 34, said: “Unfortunately, Miss Spuckler said the four men had no distinguishing marks or features, and looked very much like every other man in Norfolk.

“But she did manage to build this e-fit image with our police artist, and we hope it may help jolt someone’s memory or conscience. The turnips were not worth a great deal, but Mr Spuckler tells us they were of great sentimental value.” 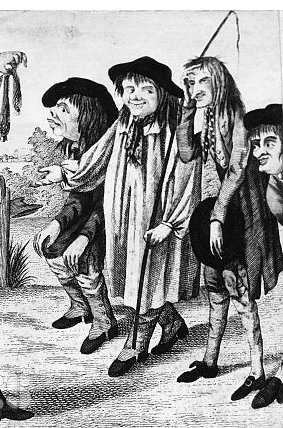 Have you seen these Norfolk men?

The police spokesman added: “If anyone recognises any of the men, they are urged to contact their local police station immediately. Criminals should know we no have a zero-tolerance policy to rural crime – which is why we armed all our officers with pitchforks.”

Mr Spuckler and his sister were too upset to comment when contacted by the Suffolk Gazette yesterday, although we understand they are “comforting each other”.

Celebrate the good folk of Norfolk with one of these exclusive Suffolk Gazette mus. Buy now.

55,848FansLike
9,841FollowersFollow
May 25, 2020
Previous article
Payment options for slot deposits explained
Next article
Why is football the No.1 sport in the world?