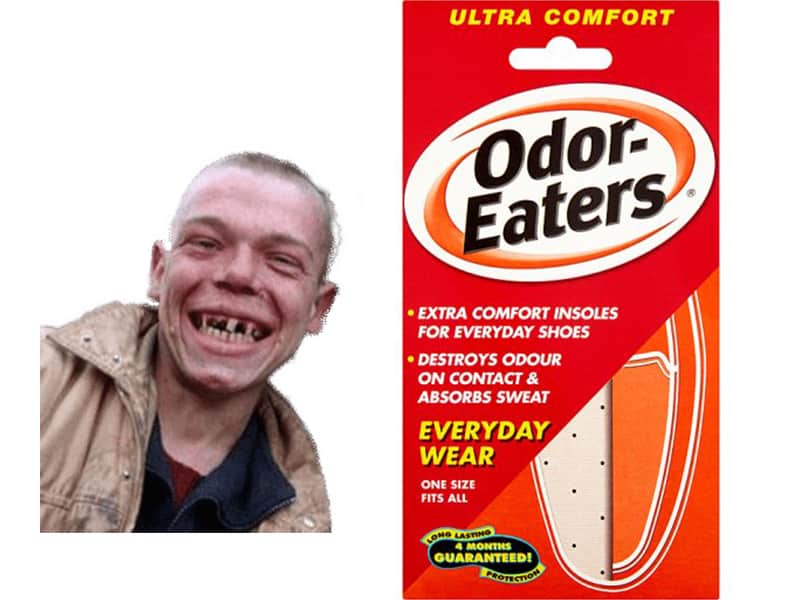 Police are searching for a Norfolk man who stepped into a pair of Odor-Eaters and disappeared.

Bubba Spuckler, 27, from Downham Market, was gifted the Odor-Eaters as an anniversary present.

But instead of keeping his clogs smelling sweetly of roses, the product devoured his whole stinking body.

Norfolk Police say one minute he was standing in the kitchen of the house he shares with his sister and their eight children, and the next all that was left was his two wooden clogs and a pile of dust.

A spokesman said: “These Odor-Eaters really are effective at getting rid of nasty smells.

“It is perhaps advisable to use them with caution in Norfolk.”

People in Norfolk only shower once a year, even if they don’t need it.

Company spokeswoman Lorraine Fisher, 34, said: “Mr Spuckler’s sister is devastated, and we are helping her as best we can.

“She has another brother, Billy Bob, who has come round to comfort her.”

The shocking news comes only days after the Suffolk Gazette revealed how a nine-year-old girl vanished after trying a skin cream that makes you 10 years younger.