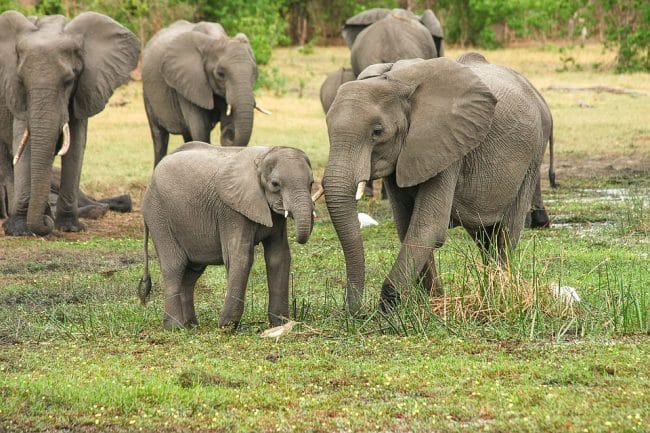 Donald Trump says poaching will stop overnight once all elephants are given guns to defend themselves.

He revealed his master plan to prevent the majestic beasts from being wiped out by ivory hunters in Africa.

As the world urged leaders to clamp down on armed poachers, Mr Trump surprised everyone by saying arming elephants is the answer.

“No poacher will try to use his gun to kill an elephant if he knows an elephant will also have a gun.

“The problem will be gone instantly. The armed elephants will also earn a bonus.”

Mr Trump said guns would be introduced around the bush for elephants to use from next week.

But some elephants were not so sure about the idea.

Elephant Lorraine Fisher, 34, said: “Wouldn’t it be better just to stop the poachers having guns?

“Then we wouldn’t have to have guns either.

“It makes no sense to solve one problem of weapons by bringing in more weapons.”

The United Nations says 100 elephants are shot and butchered by poachers every day in Africa.

Yet seemingly nothing is done to stop the slaughter.

In other news, teachers in America are to be given guns to prevent madmen committing shooting massacres in US schools.

Mr Trump says this new law means there will never be another school shooting again.