The craziest gambling wins of all time 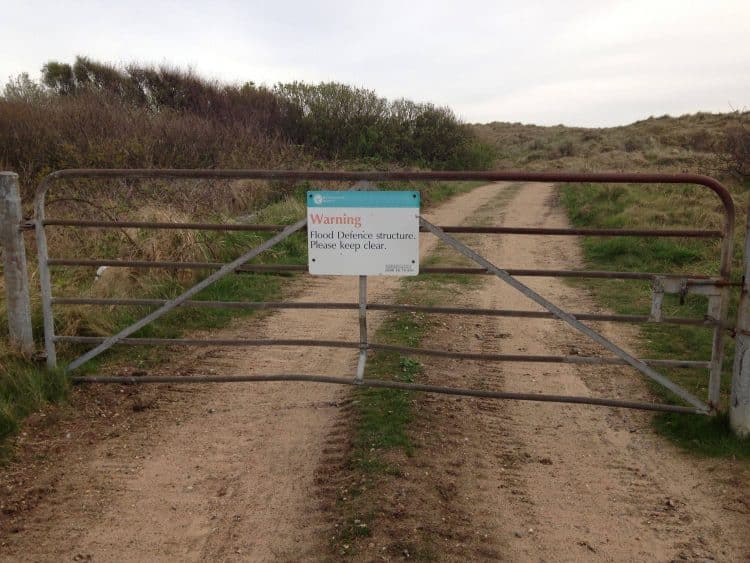 Concern is growing that Norfolk’s flood defences may not be up to the required standard, it has emerged.

Residents are particularly worried by this floodgate at Horsey, which does not appear to meet the minimum requirement to hold back water.

The official Environment Agency floodgate seems to have several holes in it, through which rising flood waters could penetrate easily.

There is also concern that water could simply go through the fences on either side of the gate – or even underneath it.

Now locals are demanding more investment to prevent the whole of Norfolk from being washed away.

Local housewife Lorraine Fisher, 34, fumed: “We live in constant peril from the North Sea on one side, and the Norfolk Broads on the other.

“We need millions, if not billions of pounds spent on flood defences, but look at what we have ended up with.”

The floodgate has a warning sign on it that reads: “Warning: Flood defence structure. Please keep clear.”

But Ms Fisher said it could not stop any water whatsoever.

“I think the Environment Agency has confused a floodgate for a gate. Or perhaps this is symptomatic of the budget cuts hitting public services?”

The Environment Agency insists the gate can hold back millions of gallons of water if needs be, and that there have not been any budget cuts.

Agency insider Chris Allen said: “The gate works perfectly well – there has certainly not been any flooding in Horsey since we installed it.

“We just hope that nobody accidentally leaves it open, otherwise we’re in real trouble.”