Introducing the Never-Ending cordless watering can

England players better at pretending to be busy at work 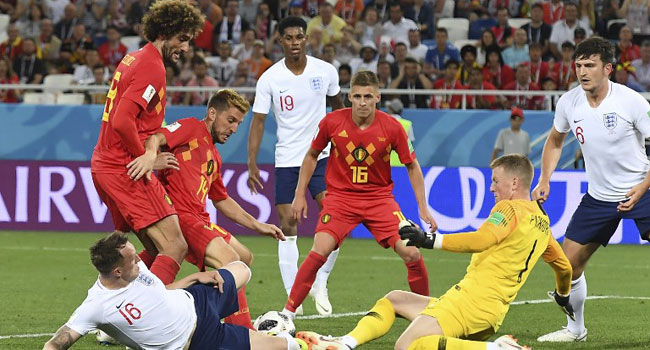 England’s footballers proved they were better than Belgium at pretending to be busy at work.

This ensures they have a much easier route through the latter stages of the tournament, and will not have to face Brazil in the quarter finals.

Both teams knew losing the game was the better option, but it was England who were much better at trying not to show it.

England manager Gareth Southgate even got in on the act, bringing on forward Danny Welbeck in the second half instead of top scorer Harry Kane.

English people are experts at trying to look busy at work without doing anything at all.

Human resources professional Lorraine Fisher, 34, from Suffolk, said: “You see it in every office and in every factory throughout the land.

“Staff here are excellent at turning up in the morning, looking busy for the whole day, then going home without achieving anything at all.

“They’ll shuffle things around their desks, spend 20 minutes to get a coffee, have multiple cigarette breaks, spend ten minutes on the loo and then ‘study’ a PowerPoint presentation for an hour.

“Before you know it, they’re packing up and off out of the door at 5pm.”

“For long periods of the game, players passed it around looking like they were waiting for that killer pass,” Ms Fisher said.

“Once or twice they forgot themselves and got in front of goal, looking certain to score. But thankfully they got back on track and were able to shoot wide, but convincingly close enough, on multiple occasions.”

The performance was just what the country needed, and today people up and down the country will be talking excitedly about the game – in another perfect example of trying to look busy at work.

Gareth Southgate given Freedom of Cretingham