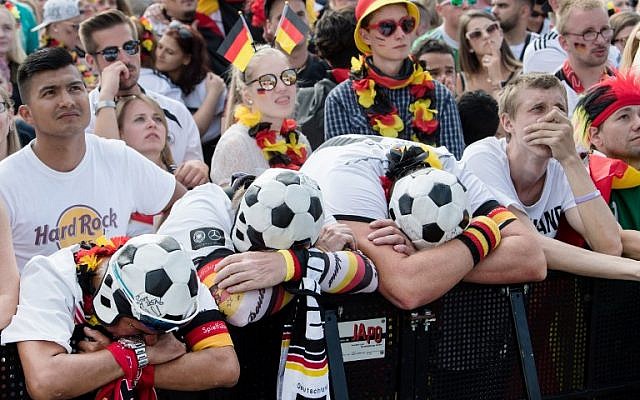 Confused English xenophobes are having to find new irrational prejudices after Germany extraordinarily crashed out of the World Cup.

Bigots across the country can normally rely on slating the Germans for the entirety of an international football tournament.

But now they’re having to scratch around looking for something terribly wrong with Senegal or Colombia.

Bigot Lorraine Fisher, 34, from Suffolk, said: “We hate the Germans, but it’s nothing to do with the war, of course.

“Or the war before that.

“No, it’s just that they are the aggressive ones, and we stick up for ourselves in the face of such behaviour.”

She is spending today reading up about horrible things to say about Senegal as it’s likely England could play them in the knockout stages of the competition.

“I didn’t actually know where Senegal was,” she explained. “I thought it was a weird little principality in Italy, like San Marino.

“Then I found out it was in Africa, so I assumed there was something about it that I could be xenophobic about. I mean, those Africans can be trouble.

“And, sure enough, I discovered it used to be owned by the French.

“But even that’s not enough reason to hate them. Give me a few hours and I’ll get back to you. Oh, hang on, I’ve just seen most of the people there are Islamic…”

England could also face Colombia in the first knockout stage of the World Cup.

That would send most bigots into a confused state, since they rely on the South Americans to produce their cocaine.