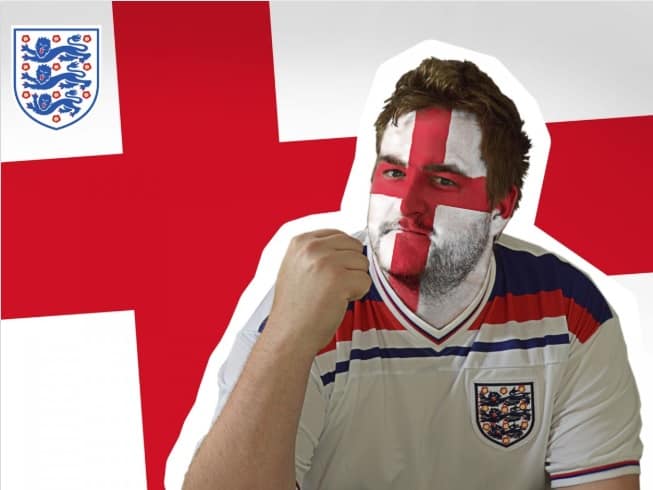 England fans are preparing for the inevitable disappointment of scraping a draw against lowly Tunisia.

As our World Cup campaign kicks off in Russia tonight, the 1-1 result is already beyond doubt.

Football expert Lorraine Fisher, 34, said: “So, this is what’s going to happen.

“England will have all the possession for the first 20 minutes and we’ll all think we’re going to win the World Cup.

“But then Tunisia will get a shock goal, scored by some bloke no-one has ever heard of.

“England’s players will then go into a blind panic, hoofing the ball long and running around like headless chickens.

“Everyone in Scotland will be pissing themselves.

“But that’s a bit rich, considering they didn’t event qualify – if you recall, the Islamic State claimed responsibility for Scotland’s World Cup exit.

“Then, with two minutes left on the clock, we’ll squeak an equaliser when all looked lost.

“While we’ll all be too drunk to listen, the TV pundits will find lots of positives, saying how we’re unbeaten and can take lots of energy into the Panama game.”

Sports scientist Steve Walshe said that as Brazil, Germany and Argentina had all failed to win their opening matches so far, it was a dead certainty that England would bottle it as well.

“However, I predict a draw. After all, England did manage a point against Costa Rica four years ago.”

Some fans are still questioning manager Gareth Southgate’s squad, after veterans Fear and Abject-Failure were selected to travel to Russia.