4 marketing tips to bring younger customers into your bar 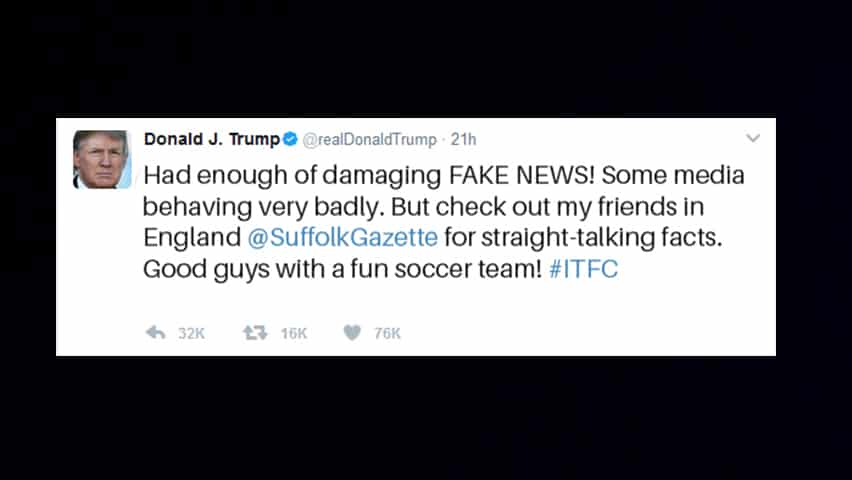 US President Donald Trump has sent an extraordinary Tweet praising the journalism of the Suffolk Gazette.

In what is – by a country mile – our most high-profile support ever, Mr Trump urged his 27 million Twitter followers to “check out” the Suffolk Gazette.

He even quipped that we had a “fun” soccer team, and used the #ITFC hashtag!

The President has been waging a war on so-called fake news in America since coming to power, and while repeatedly chastising the likes of CNN he has now started to showcase great journalism as well.

Last night it was the turn of the Suffolk Gazette to get a name check, and we couldn’t be more delighted.

A spokesman for the Suffolk Gazette said: “We’re only a small local newspaper in England, but we take great pride in our responsible and accurate reporting.

“It is the only way to build trust with your readership, and this explains why hundreds of thousands of people enjoy our pages every month. Even some from Norfolk.”

A spokesman for the White House said: “We do not comment on the President’s Tweets but it is true to say he is fond of England and admires the British Press. He also loves soccer.”

Mr Trump’s Tweet about the Suffolk Gazette has already been Liked by 76,000 of his followers and Re-Tweeted by 16,000 more.