Manchester cat fined by police for going next door

The American billionaire had been spotted in Suffolk twice in recent months, sparking rumours that he was planning to expand his luxury hotel empire to the region.

But the Suffolk Gazette can reveal he has in fact been in secret meetings with thatcher Derek Williams.

Trump, 69, is famous for his cringeworthy hairstyle, which features a bizarre back-to-front combover. He fears it could cost him crucial votes should he be nominated by the Republicans to run for the presidency.

And he has told pals that he wakes up in a sweat at night from a recurring nightmare in which he is waving to the press as he steps off his presidential helicopter outside the White House – and the rotor blades blow his hair clean off.

While trying to find a solution, Trump’s aids learnt about the famous work of Suffolk thatchers who specialise in repairing the roofs of picture-postcard cottages.

They discovered that secret techniques used by the skilled craftsmen could be used on human hair to create a thicker look that was stronger in all weather conditions.

We understand that during one of his consultations in Suffolk with Mr Williams, Mr Trump was put in a specialist wind tunnel to see how his hair would withstand the worst of windy conditions.

The power was switched on to the “hurricane” setting to simulate how Mr Trump would have fared in the Great Storm of 1987 – and the hair stayed successfully in place.

Mr Williams is now believed to be receiving a £500,000 fee to repair Mr Trump’s hair in four special sittings at a secret location in London.

A friend of the thatcher said: “He is delighted. Some of the cottages he has to work with are tricky, but Trump’s hair is his most difficult project yet.

“He’s looking forward to all the money, and if successful this could open up a whole new line of work for him.”

Trump’s aids refused to comment on the hair claims. “There’s not a strand of truth in it,” one said. 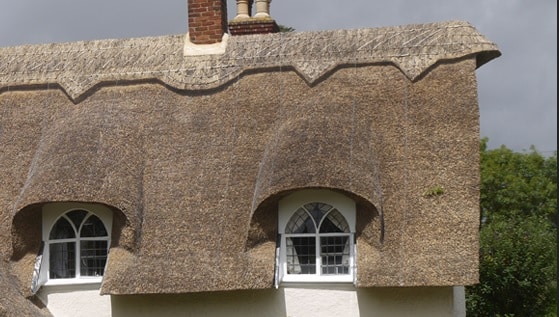