A secret plantation of bananas has been grown in Suffolk to test if global warming is changing the county’s farming habits forever.

Farmers believe temperatures have risen sufficiently in East Anglia for the tasty fruit to thrive in Suffolk’s rich soil.

Now the successful trial could see large swathe’s of the countryside being transformed into a sea of green banana trees with their bunches of dangling yellow fruit.

It will mean a guaranteed future for many farms struggling to cope with competition from abroad – especially dairy farmers who are currently losing money thanks to the leading supermarkets driving prices down.

And it will be good news for Suffolk’s consumers, who will be able to pay much less than the normal 70 pence or so per kilo, because the fruit does not have to travel half way around the world before arriving at the supermarket shelves.

The Suffolk Gazette was given a tour of the secret 100-acre plantation facility near Stowmarket. It was planted three years ago, and the young trees quickly blossomed in the balmy weather.

Project director and farmer Mike Straw explained global warming had reached levels to enable the experiment to go ahead.

“Bananas need an average temperature of 80 degrees and adequate rainfall in which to thrive. Thanks to global warming, we now enjoy those conditions in central Suffolk.

“It cost £10,000 to import the plants – bananas are really grown on plants, not trees, although they can grow up to five metres tall. I spent two months in west Africa learning the business and felt the time was ripe.

“It was a gamble, but the plantation grew quickly and we have just enjoyed our first harvest of lovely, juicy bananas.”

He said the first two-ton crop was given away to local schools and hospitals without anyone knowing they had been grown locally.

“We wanted to keep the planation secret so we had a head start on the competition,” explained Mr Straw, who also runs a 500-acre arable farm growing mainly wheat and potatos. “But now we’ve shown it can be done, we’re about to go public. 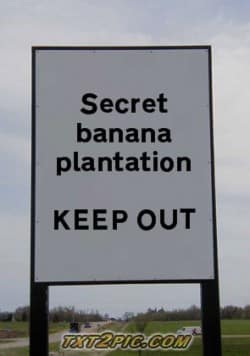 Entrance to secret plantation
The successful trial will likely see copycat plantations cropping up all over Suffolk within the coming years, which could attract whole new varities of wildlife.

And Mr Straw believes banana plantations is just the start, with pineapple and mangos also being trialled on his farm from next year. 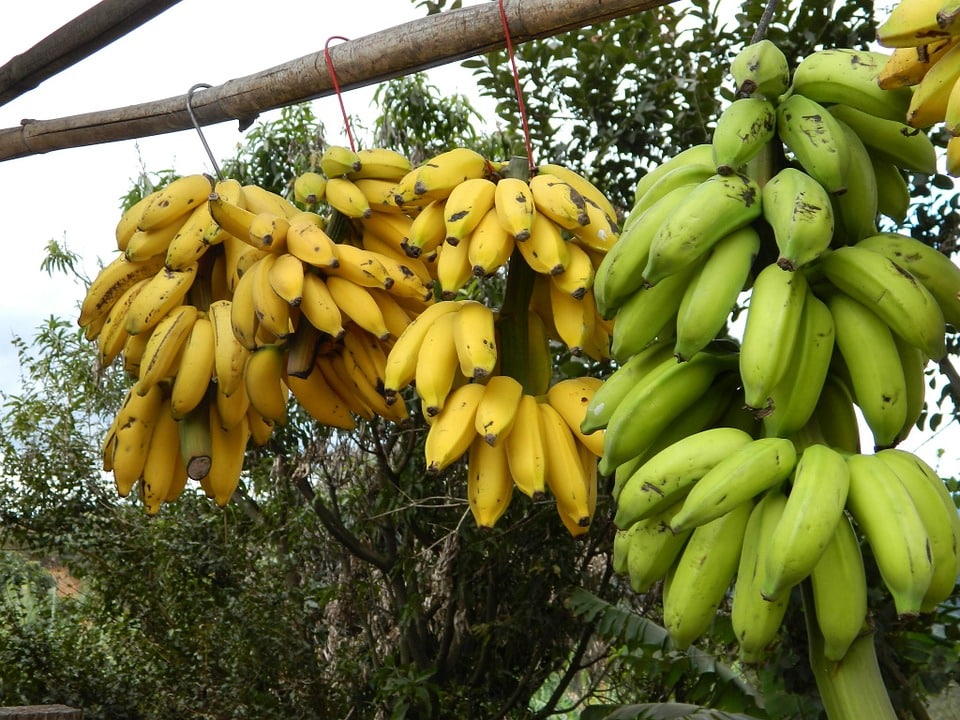 But the Green Party warned global warming was nothing to be celebrated. Suffolk spokesperson Jasmine Golding fumed: “We must do all we can to stop global warming.

“It might mean lovely local bananas, something to be celebrated by farmers and consumers alike, but it will also mean sea levels continue to rise – and before long Suffolk will be wiped off the map anyway, so what’s the point?”

Bananas are normally grown in tropical regions of Asia, Africa and across to the Caribbean and Central and South America.

A spokesman for the National Farmers’ Union said: “We back anything that diversifies the produce grown by our members. We know these bananas will be going public soon.

“So keep your eyes peeled.”