Suffolk GazetteYou couldn\'t make it up
More
HomeBusiness
May 29, 2020

Terrified roofer can only work on bungalows 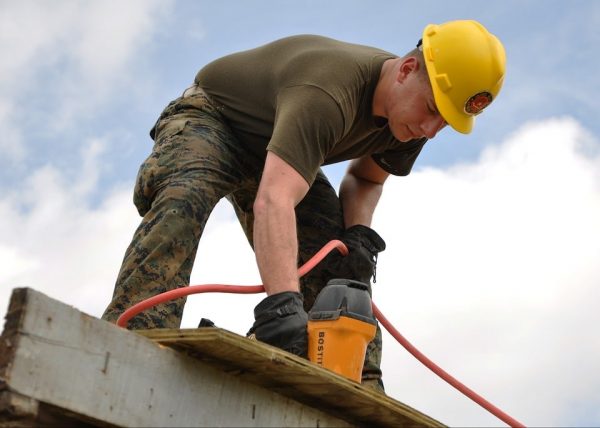 A roofer will only work on bungalows – because he is afraid of heights.

Karl Robinson, from Ipswich, has to turn down loads of work because he suffers from vertigo.

His problems started three years ago when he had a panic attack while working on 34-year-old Lorraine Fisher’s two-storey terraced house in the town’s Bramford Road.

“I looked down and that was it,” explained the 38-year-old. “I was terrified and clung on to the chimney like a baby.

“I could not move my legs, let alone climb down, so the owner of the house had to call the fire brigade to rescue me.

“It was so embarrassing, and ever since I have only been able to work on bungalows where I am much closer to the ground.”

He said he had now got a reputation for specialising in bungalow roofs, and picked up a lot of repair work in places like Kesgrave, near Ipswich, as a result.

“But it means I have to turn down a lot of work on normal houses and so lose out on a lot of money,” added Mr Robinson.

“The only good part is I only have to invest in one small ladder and do not need to pay for scaffolding.”

He says he can not do another job, because “roofing is all I know”.

Doctors say there is no cure for his fear of heights, but have suggested he attends some hypnotherapy.

Mug sales through the roof

Sales of mugs from dirtyoldgoat.com, the Suffolk Gazette’s potty pottery partner are going through the roof. Buy one here….