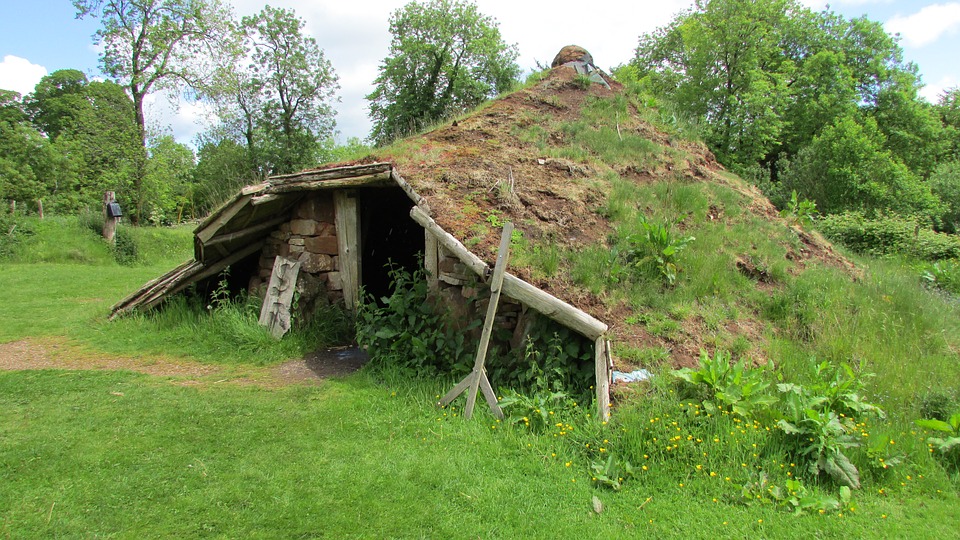 Backwater: A tribal home found deep in the Norfolk countryside

A prehistoric, mud-hut-dwelling tribe has been found living peacefully in the wilds of Norfolk.

Named Homo Canariensis by excited university boffins, the large family group was discovered close to Thetford, where it has lived for 5,000 years since the Neolithic Age.

It is not believed the Norfolk species has the intelligence or skill to work the nearby flint mine, but the simple tribe is now known to have occupied mud homes built into the soil for many years. They feed on bats and decomposing leaves.

Experts say that as waves of invading immigrants swept through Britain, including the Celts, Romans, Saxons and Normans, few of the Ancient Britons survived – but in backwaters like Norfolk, life has continued virtually unchanged for millennia.

In fact, recent DNA fingerprinting raised suspicions the tribe had never died out at all, with indicators showing it was still present within the genome of isolated populations all over Norfolk. Only now has the tribe been seen for the first time. The Suffolk Gazette has been asked to keep the exact location a secret.

Possessing long arms and additional digits to each limb, the Homo Canariensis hands and feet are webbed, conferring an advantage when wading through the boggy fenlands. The unusually small cranial cavity means that this poor, unfortunate creature has a very small brain and so is unable to develop basic commercial and social skills or even simple physical skills like football.

Professor Lorraine Fisher, 34, head of history at the University of Suffolk, was delighted with the discovery. She said: “If prehistoric man can survive virtually unchanged in Norfolk it may be possible that wolves and bears are still at large in Thetford Forest. Perhaps the auroch cattle and giant elk may also have survived as well.

“Vast tracts of uncharted land remains north of Diss, so there is no telling who or what else may be discovered as we continue our work.”

55,847FansLike
9,841FollowersFollow
October 18, 2019
Previous article
How and why you should launch your startup in Suffolk
Next article
Only 167 Brexit votes until Christmas