Amazing Amy, 101, insists cigar a day keeps the doctor away 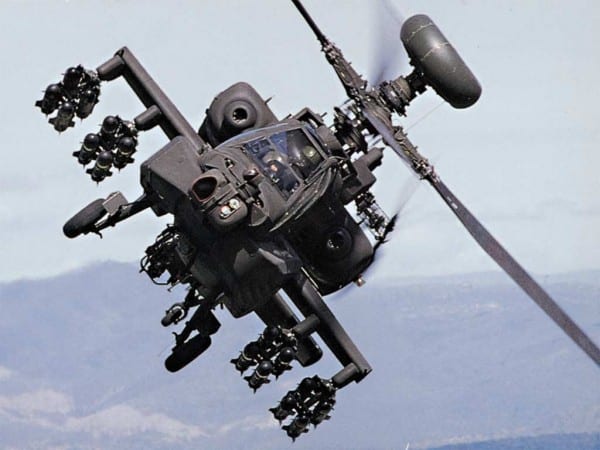 Suffolk Police have been forced to ditch their new Apache gunship helicopter after it accidentally blew up a 19th-century vicarage.

Far from deterring criminals with its fearsome firepower, the deadly attack chopper has suffered a series of setbacks after police helicopter pilots became baffled by its sophisticated systems.

The final straw came when a pilot attempted to turn on a camera to track a suspected bicycle thief – but instead activated the helicopter’s deadly Target Acquisition and Designation System.

As a result, the gunship’s automatic systems took over and it fired off a lethal sidewinder missile that smashed into a vicarage in Needham Market.

Vicar Evan Elpuss explained: “I was taking afternoon tea in the garden with some ladies from the Women’s Institute. Suddenly we heard the roar of an engine on the horizon and watched in awe as this huge military-style helicopter rose above the treeline in the distance.

“It looked like it was following a bloke on a bicycle, but then we watched in horror as there was a puff of smoke and a missile was launched.

“It came straight over the primary school and towards us and was seemingly homing in on the heat generated by the solar panels on the vicarage roof.

“It smacked straight into it and destroyed the whole place. Luckily none of us was hurt, although Gladys Worthington-Smythe was hit on the toe by a falling flower pot.”

The Apache was grounded immediately and an investigation launched by the Suffolk Police Chief Constable.

Police crews only took delivery of the Apache helicopter two weeks ago, as revealed exclusively in the Suffolk Gazette.

A police spokesman said: “We’ve sent it back to the Ministry of Defence. The crew were trying to get to grips with the hi-tech kit on the Apache, but in doing so they got confused and fired off a missile.

“Sadly, this then went on to destroy a pleasant Victorian vicarage, and for that, we can only apologise.”

The £13 million police Apache helicopter is now being mothballed. In its place, Suffolk Crime Commissioner Tim Passless has ordered a fleet of 17 Chieftain Battle Tanks.

“This will help us to bring crime levels down, although even they may not be up to the task of patrolling the badlands of Haverhill.”

The Suffolk Gazette has a cool collection of novelty mugs, produced by our partner DirtyOldGoat.com – this that website or select an item direct from the images below.