After years of searching, a Suffolk mother has found a pair of plain pyjamas with NO animal cartoon or slogan – and NOT in pink or sky-blue.

“It is such a relief,” said Ida Downe. “I honestly never thought this day would come. I thought I’d be searching until I died and that I’d be in my coffin wearing something pink with a cartoon elephant on.”

The unusual pyjamas, in plain grey marl, were found at a boutique in Bury St Edmunds. Mrs Downe, from Finborough Road, Stowmarket, said: “The shop owner said they found them during a refurb. They were covered in dust and they think they had been there since 1989 and they may even have been made in Britain.

“They put them out for a joke to see if anyone would buy them.

“It may have been a joke to them but it was the end of a serious search for me. My son Hugo is 16 and I have been looking for plain pyjamas since I was pregnant

“I noticed around that time that they all had a kitten or puppy on. I went to all the supermarkets and they were the same, in baby pink, blue and lemon with baby elephant cartoons or Ninja Turtles.

“Then came all the slogans like, ‘I’m a Sleepyhead’, ‘Bedtime Beauty’, ‘Snooze Time’ and ‘Take Me To Bed’. There were owls and pigs and big shiny lips.

“It was like being in a nightmare. I don’t know how any self-respecting woman can actually sleep in a yellow pyjama top with a yawning baby dinosaur.” 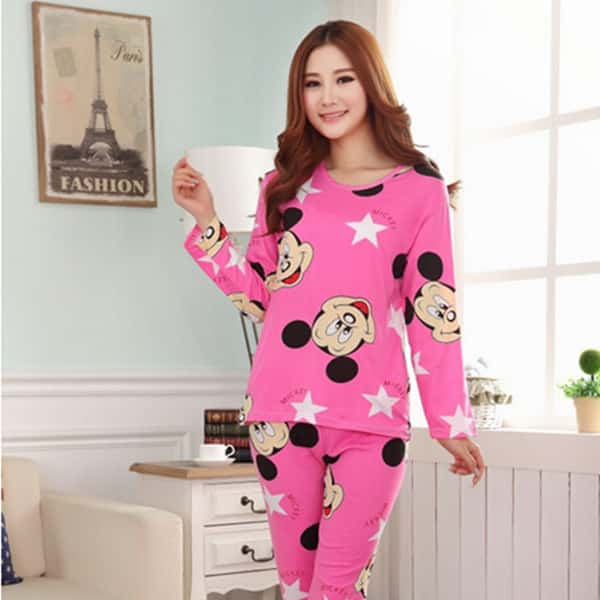 Mrs Downe said: “I did research on the internet but that made it worse. Every click produced another cat under a duvet, sequins of the New York skyline, sleeping litters of glittery piglets or one of The Simpsons yawning. I thought I was going mad.

“I reached the point where I went to the doctor for sleeping pills.

“Then, just as I was giving up and in complete despair, I found this plain grey pair. The shopkeeper’s mum, who also works there, said she had a vague memory of them also being in plain navy but then the cartoon revolution began and they were consigned to a cupboard that was later covered by a wall.

“They had a label on which said £12 which is about £9 dearer than the imports they have now but they were worth every penny to me.

“I phoned the Antiques Road Show and they told me to bring them for a valuation next time they are in Suffolk.

“They are extremely rare and their experts can’t remember seeing a pyjama top without a printed slogan or decoupage cartoon for years. They could be worth hundreds of pounds but I will never part with them.”