Millions of fans were mourning the gruesome death of Orville the duck today after traces of green feathers were found in Delia Smith’s football pies.

Orville was offered the chance of a new life as Norwich City’s mascot last year when his long-term employer Mr Keith Harris died.

But fans soon noticed that the cuddly green duck – famed for wearing a large nappy – had never been seen at Carrow Road.

Police were called in to investigate the disappearance of the children’s television favourite, who hit the top of the pop charts with I Wish I Could Fly in 1982.

Forensic tests in the Carrow Road canteen found traces of stringy duck and feathers in Delia Smith’s pies – and several more green feathers in a freezer. 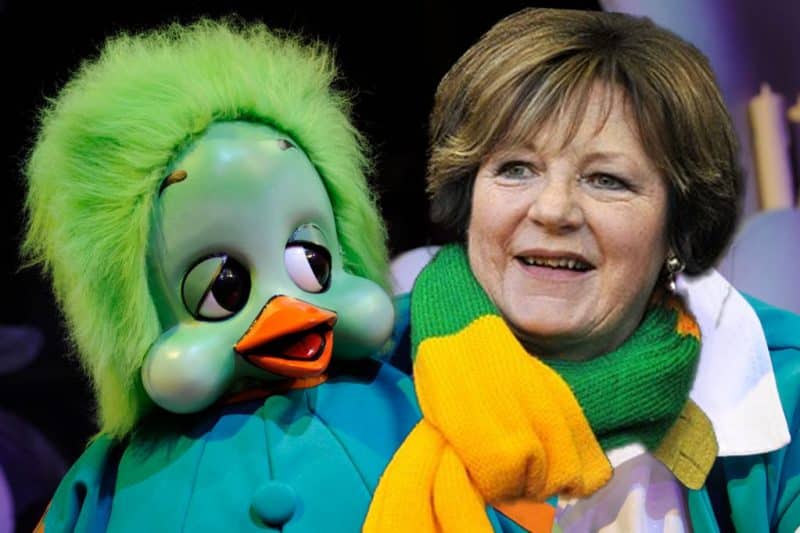 Delia Smith and Orville the duck in happier times

A police spokesman said: “We have reason to believe a large duck found its way into the Norwich City kitchen and may have been used as a pie ingredient. Meat pies are popular with football fans on match days and a valuable source of income to the club.”

A Norwich City club insider admitted that Norwich owner Delia Smith and the board had been forced to cut costs since being relegated from the Premier League – but strongly denied killing Orville the duck.

“We have trimmed costs but would never have killed this duck in order to bulk out our pies with cheap meat. We have no idea where he is – he just never turned up for work.”