Northern people want to be adopted by Suffolk

Some northern people have asked that their rain-soaked town be adopted by Suffolk.

Residents in the Langworthy Ward in Salford, Manchester, are seeking to break away from their dingy metropolis and become an enclave of the East Anglian county.

They claim that despite being hundreds of miles apart, and speaking a different language, the move would be of mutual benefit for everyone.

In an exclusive interview with Rob Radnell, the Salford correspondent of the Suffolk Gazette (When did I hire him? I hope he does not expect to be paid – Ed), leading Langxiteer, Jonqui Farquarson-Everitt, expressed his views most candidly.

He said: “The residents of Langworthy have had enough of the totalitarian, oppressive rule of the City of Salford Council. We seek the rights that the people of Suffolk enjoy – home rule, a county council and true freedom.

“For too long the proud Langworthians have been the thralls and serfs of the self-perpetuating Labour oligarchy in Swinton Civic Centre.

“Suffolk and Langworthy have much in common: Suffolk is known as Constable Country, and we have a large police station with many constables and PCSOs; Suffolk has wide open skies with large trees, and we have panoramic views from our modernist 1960s high-rise apartment blocks.” 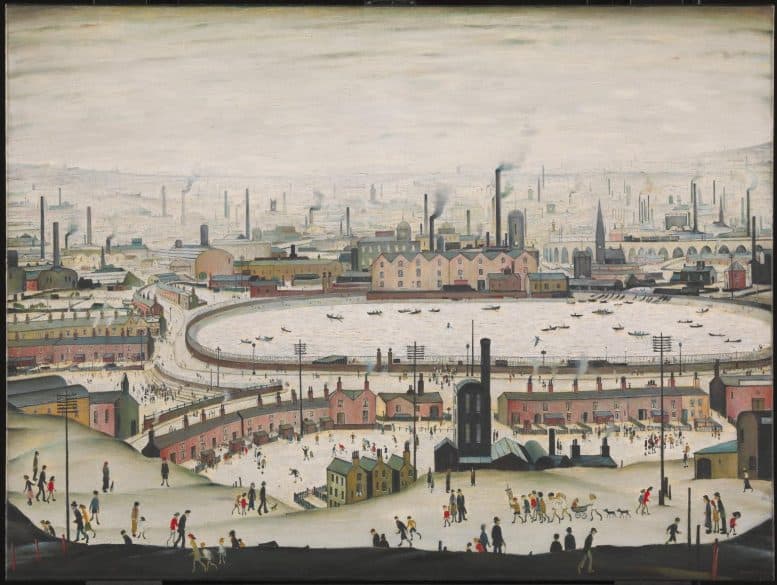 Dreary: this photograph of northern people shows why they want to be part of Suffolk

Mr Farquarson-Everitt, 57, added: “We offer Suffolk citizens the opportunity to visit the shoppers Mecca of Salford Shopping City (complete with a Tesco Extra) as an alternative to visiting the bustling town centres of Framlingham or Woodbridge.

“Like Suffolk, you can enjoy a metropolitan lifestyle in Langworthy without the cost, plus we are close to Salford Quays, the home of Jeremy Kyle! Not that one would expect Suffolkers to appear on that particular show, but they can laugh at all the guests from Norfolk.

“Culturally and historically, we have much in common, too: Constable and Lowry; the Port of Ipswich and the Port of Salford. We don’t have a Black Shuck hound legend, but there is a stray pack of dogs in Buile Hill Park.

“I appeal to the proud people of Suffolk to support our Langxit campaign. There are advantages for both of us, including cheap transport between us (providing you book ahead on the trains 13 weeks in advance).

“Please just get us out of Salford!”

The impassioned plea will be considered by Suffolk County Council at its next meeting. But a spokesman said: “The only similarity we can see is both areas are home to gigantic football teams – Manchester United and Ipswich Town.”