A Norfolk parliamentary constituency with just seven voters is being investigated as a rotten borough, it has emerged.

Downham Market has been the House of Commons seat of Conservative Bubba Spuckler for 27 years – and his family has provided a Member of Parliament there for 265 years.

Now questions have been asked because all seven voters are members of the extended Spuckler family, and one of them is a goat.

Lorraine Fisher, 34, a spokesperson for the Electoral Commission said: “We had hoped rotten boroughs were a thing of the past when the English democratic system was rife with corruption, bribery and violent crime.

“We’re not sure how Downham Market escaped our notice until now – perhaps being in the wilds of rural Norfolk was a perfect disguise.” 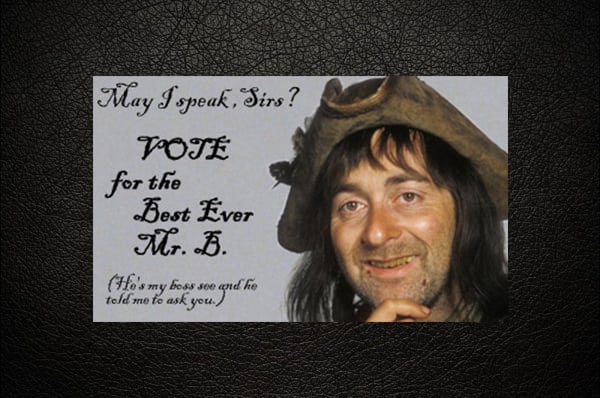 Vote ‘Mr B’: Election poster backs Bubba
Ms Fisher added: “We’re quite certain that with only seven voters, one of them cloven-hoofed and six others with webbed-feet, and all of them with the same surname, that the democratic process in Downham Market is corrupt.

“Anyone standing against Bubba Spuckler is unlikely to get much support on the hustings, let alone the ballot box, and in all probability will be fed to the pigs.”

The investigation is expected to be completed before the December 12 general election, and if found to be a rotten borough, the Downham Market seat will be merged with neighbouring Swaffham South, which is much larger with 25 voters.

Annoyingly, everyone on social media thinks you want to know they have voted

Boris Johnson agrees to one last TV appearance with the BBC