Only morons shop at Morrisons 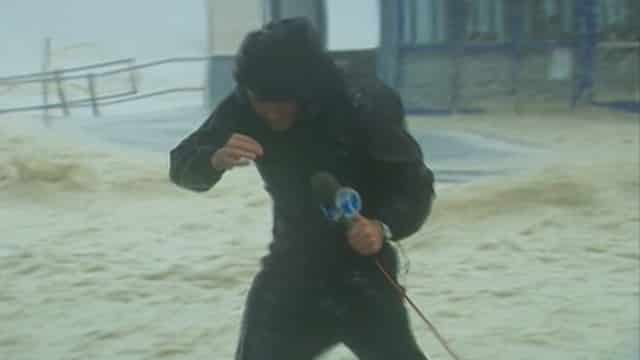 A major warning was issued early today for people to brace themselves for news reporters standing in hurricane-force winds.

The first television journalists have already been spotted across Texas and Louisiana, and many more are expected in the coming hours.

Hundreds of thousands of normal people have been told to evacuate the area ahead of Hurricane Laura making landfall.

But reporters have headed into the danger zone to stand on street junctions at 45-degree angles in order to make good TV. 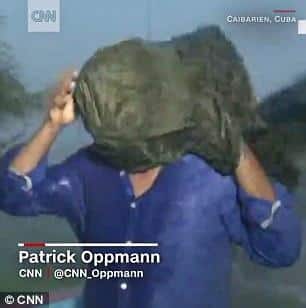 Wearing waterproof clothing and shouting to be heard, they intend to dodge flying masonry and tidal surges and expect to get swamped with biblical rain.

In so doing, they hope to confirm that there is, in fact, a hurricane going on. 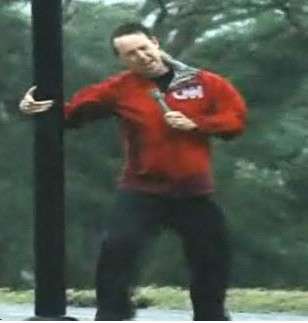 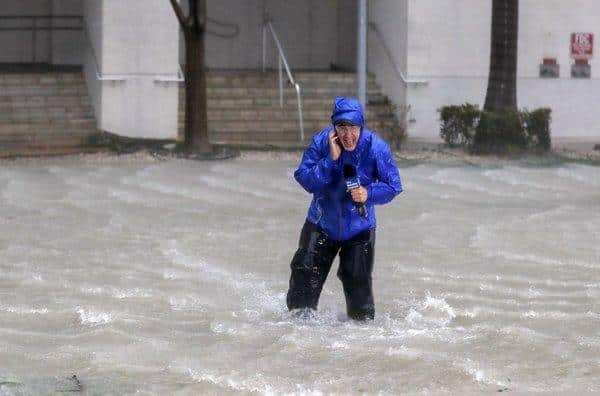 Lorraine Fisher, 34, a spokesperson for the Reporters in Hurricanes Association said: “It is important to show the world just how windy it is, and confirm there is a hurricane.

“We may look farcical, clinging on to lampposts while cars float by and house roofs fly through the sky, but you have to admit it makes for great TV.”

Emergency services were not so impressed, however. 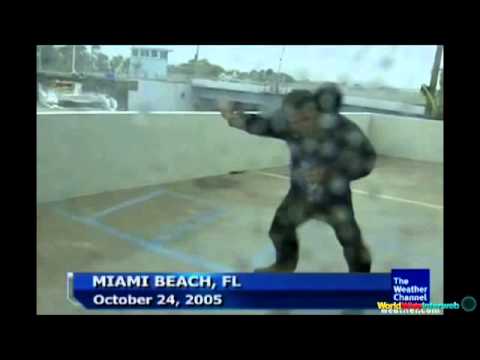 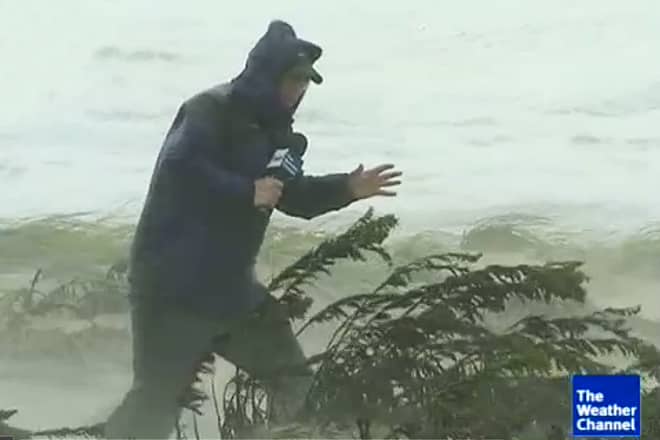 “We’ve got everyone out of harm’s way for this major event, but then hundreds of TV journalists turn up to play chicken with the biggest storm in living memory.

“If it gets too dangerous for us to stick around, then they’re on their own.” 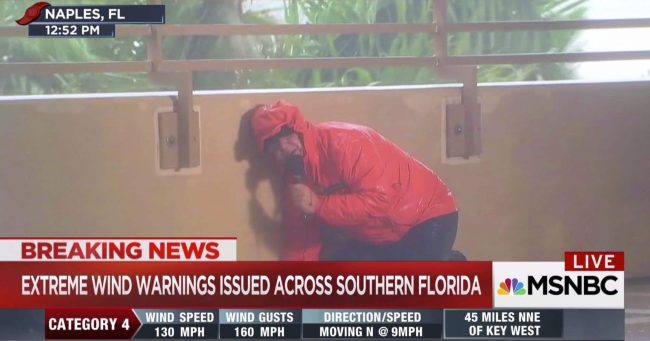 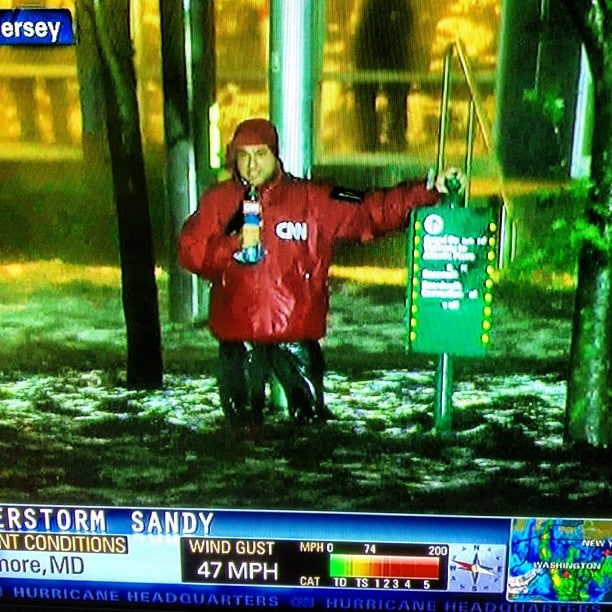 Television viewers are advised that the number of reporters standing in hurricane winds will diminish by the weekend. 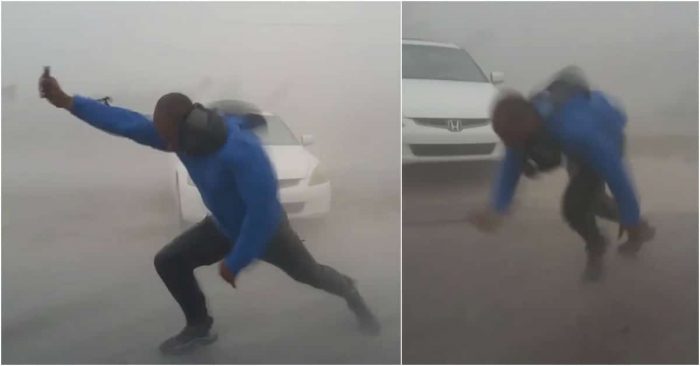 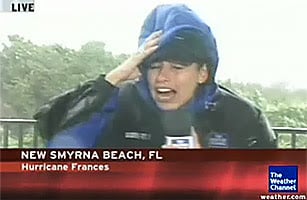 At least some of them take safety precautions… 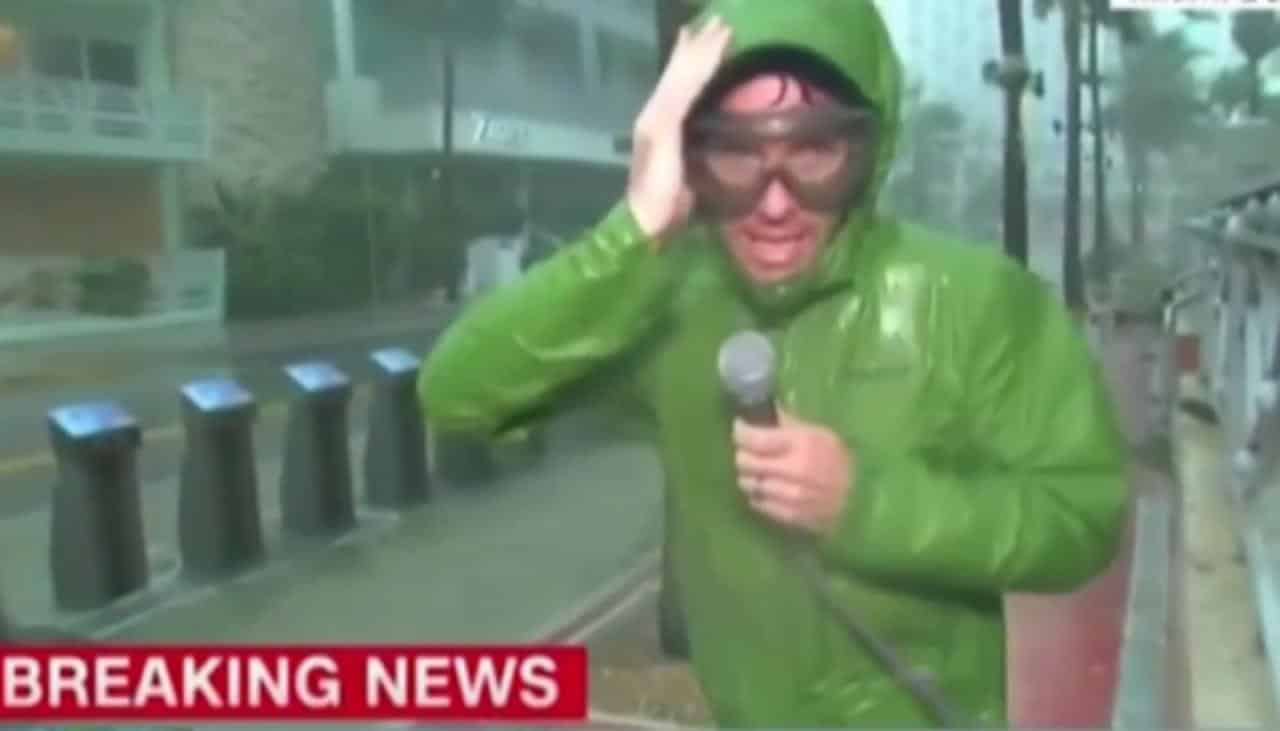 Stay calm with a mug