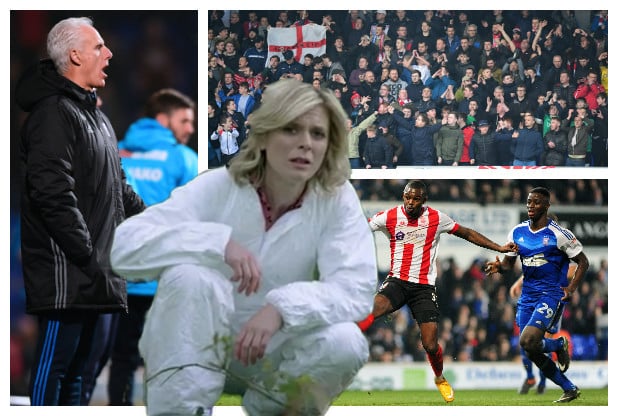 Fans of Holby City and Silent Witness have been saying how happy they are that their favourite programmes have been scrapped so the BBC can screen live FA Cup action of Lincoln City against Ipswich Town.

The titanic football match means the Beeb has cleared its normal Tuesday night schedule, and everyone is delighted.

In fact, many took to social media to reflect their excitement at watching 90 minutes of Mick McCarthy’s Tractor Boys fight gallantly to avoid a cup banana skin at non-league Lincoln.

Kate said she was “foaming” at missing Silent Witness – a condition that might require a pathologist for herself.

Kevan Aitken clearly also thinks no one is too interested in two unfashionable football teams.

Why oh why does @BBC think that the country would rather watch Lincoln v Ipswich than Silent Witness?

Holby city isn't on tonight ?. Football ⚽ is instead.

@BBCHolbyCity it's ok, if @LincolnCity_FC draw Holby City away in the 5th round you might get some ratings ? #Impvasion #FACup

Meanwhile, ITV is poised to lose a large chunk of its normal audience to the BBC – with Martin Clunes: Islands of Australia expected to be watched by nobody.