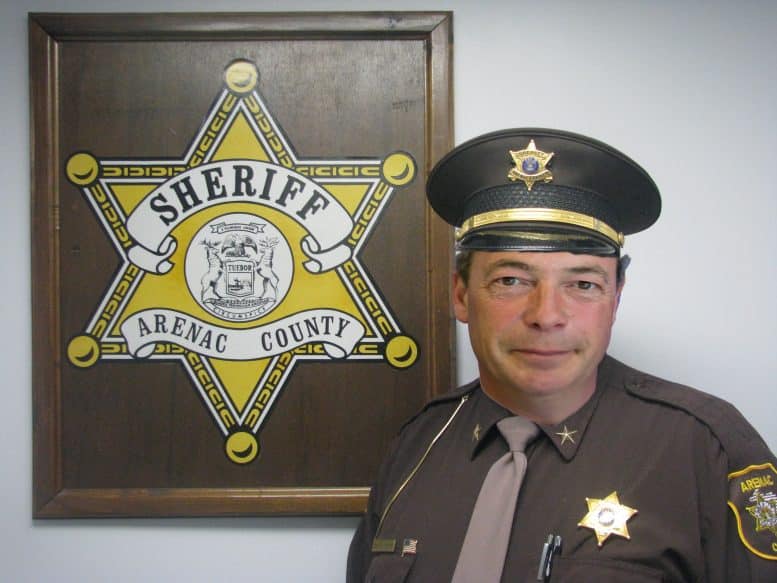 President-elect Donald Trump has revealed he has already made the whole of America grate again – and that he was making Nigel Farage a special sheriff.

Just minutes after meeting Barack Obama at the White House, Mr Trump granted the Suffolk Gazette a telephone interview and said: “Look! I’ve only been in the job one day and I’m already making America grate again. Yeah, grate again. Just look at the demos against me.

“By the way, I’m gonna make your Nigel Farage my Sheriff in Chief, with his own silver sheriff’s badge.”

President Trump spoke to The Suffolk Gazette because he dislikes most of the media – and because of his business interests in the county.

“Now she’s gonna have to open a pants-suits, or as you guys call ’em, trouser suits, shop on Fifth Avenue while she cries her girlie eyes out. I hope she’s got that waterproof mascara like all my wives needed.

“Anyway fella, I gotta go now to source some bricks for the wall. I don’t want any of those Norfolk folk gettin’ in to this Trumptastic country of mine.”

And with that he rang off. But he arranged to send us the exclusive photo of Nigel Farage in his new sheriff uniform, which we have reproduced above.

Iraqi troops sent to America to keep the peace