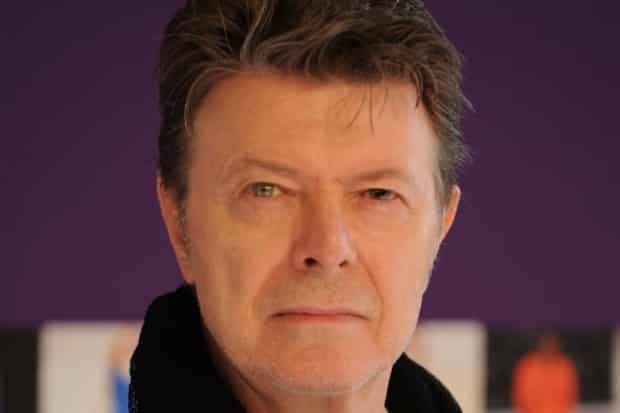 Bowie, who is 69 years old today, was enjoying a spicy dish in the Taj Maharaja in Bungay, Suffolk on Wednesday when he thought he’d give other customers a night they’d never forget.

As locals tucked into papadums, curries, bhajis and other Indian delights, the star suddenly stood up to sing The Jean Genie while astonished staff stood open-mouthed.

Despite loud pleas for an encore, he then sat down again and resumed his meal as the customers clapped and cheered.

One diner, Lorraine Fisher, 34, admitted: “My husband and I couldn’t believe it. We were enjoying a madras and suddenly David Bowie stood up and started singing.

“We hadn’t even noticed he was there before – but he was very good and signed everyone’s paper napkins before he left.”

It is believed Mr Bowie was staying in Suffolk during a New Year holiday with his glamorous wife Iman when he decided to visit the curry house, which has rave reviews on TripAdvisor.

A pal said: “David enjoys his grub, and he still loves performing, even to smaller audiences than he’s used to. He has a wicked sense of fun, so this news is not surprising.”

Restaurant owner Shaz Miah said: “We don’t like talking about our famous guests, but we are grateful to Mr Bowie for being here and singing so well.”

Editor’s note: By unfortunate coincidence, this story was originally published a week before news broke of David Bowie’s death. In an astonishing twist, Sky News read out this curry story live on air, without checking it, as part of its breaking news coverage!