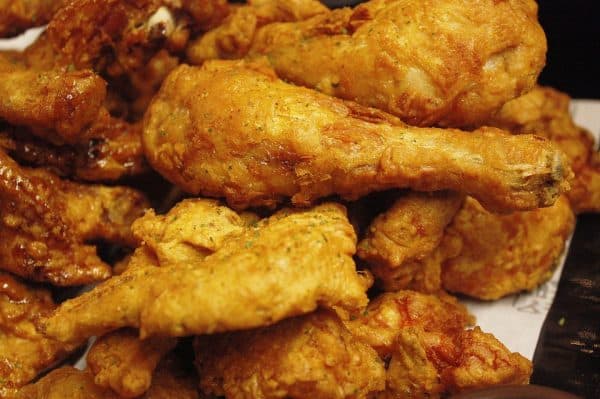 A fast-food restaurant has been accused of lacing its fried chicken with small traces of cocaine to make it more appealing.

The takeaway in Ipswich was investigated after a former worker with a grudge tipped off police.

They raided the kitchen and found a quantity of cocaine on a shelf, which was being added to the flour mix before the chicken pieces went in the deep fryer. 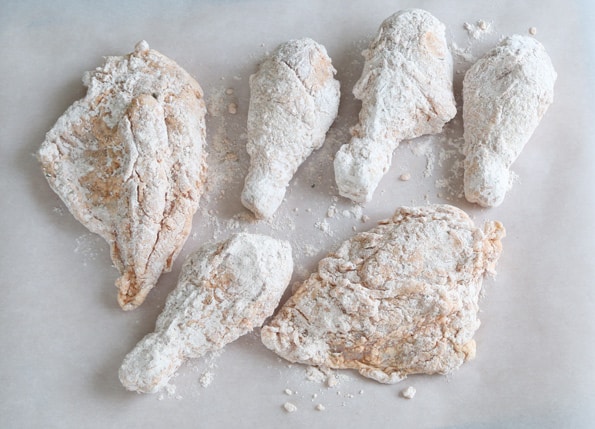 High tea: pieces of fried chicken laced with cocaine
The owner of the late-night takeaway, who has not been named, admitted what he had done to cops, claiming no one had been put at risk.

But he insisted the Class A drug made his fried chicken more enjoyable, and left customers wanting more. Some even came back to eat twice in one evening.

Some employers regularly test employees for cocaine use.  This article explains how long cocaine stays in the system.

The shop owner told police: “Customers couldn’t get enough of my chicken. They did not understand why they were experiencing a high while eating it.

“I did not have to put much cocaine in the batter mix, so the benefits of selling more chicken outweighed the cost of the drug.”

The outlet has now been closed, and the owner is set to appear before Ipswich Magistrates within weeks.

Officers believe the drug had been used for nearly four months, and that as many as a thousand customers in Ipswich, some children, had unwittingly taken cocaine and may never know.