Is this a Banksy in Ipswich? Cafe owner hopeful of windfall

Suffolk GazetteYou couldn\'t make it up
More
HomeNews
May 17, 2016

Emergency services were treated for chronic smoke inhalation after a blaze at an illegal cannabis factory in Ipswich.

More than 30 firefighters, 22 police officers, seven paramedics and two members of the lifeboat service were all treated for inhaling fumes as more than 3,000 cannabis plants went up in smoke.

One brave police officer was detained in hospital after dashing back into the smouldering building 17 times, just to check no one was trapped inside.

He told startled medics he was “absolutely starving” and demanded some crisps and chocolate immediately.

A member of staff in the accident and emergency department at Ipswich Hospital said: “The poor man had the munchies and was talking complete gibberish very fast. And he kept laughing at everything.”

Fire crews were first called to a house on Woodbridge Road at 7.30pm yesterday when neighbours reported a blaze in the attic of a house.

Firefighters established the building was being used as a cannabis factory, and despite the drama, were extremely relaxed having discarded their breathing apparatus while they brought the flames under control. 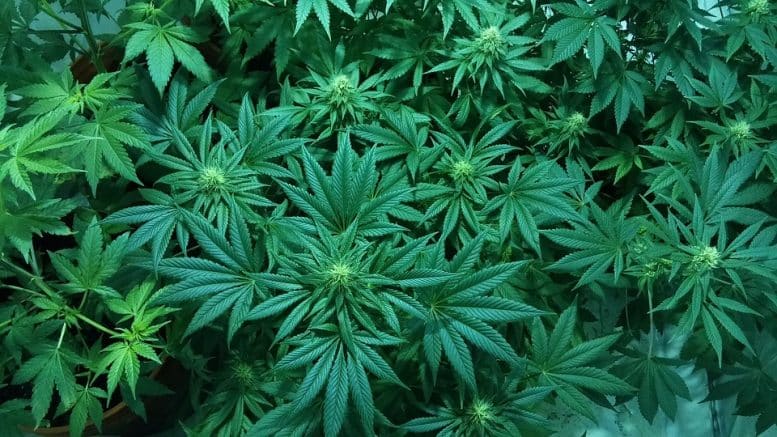 A police spokesman said: “We were called to a blaze in a house in Ipswich at 7.30pm. The building was being used as a cannabis factory. Several officers suffered from the effects of smoke inhalation, and one officer was detained in hospital.

“With no regard for his personal safety, he had gone into the building 17 times.”

The spokesman added that the blaze was quite dramatic, and emergency services had pulled together. “It was great teamwork. Even the lifeboat service turned up to help out – despite the house being 11 miles from the coast.”

Three people were arrested on suspicion of growing cannabis with the intention of supplying.