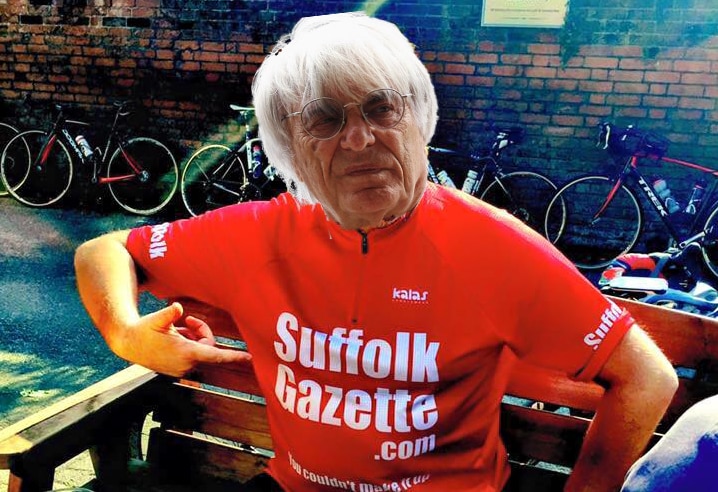 Former Formula One supremo Bernie Ecclestone has joined the board of the Suffolk Gazette newspaper, it has been confirmed.

The multi-billionaire business magnate, pictured above, has become a non-executive director and will bring considerable experience to the leading East Anglian media empire.

Mr Ecclestone, 86, stepped down as chief executive of the Formula One Group this week after the sport was taken over by Liberty Media.

Born in St Peter, South Elmham, just south of Bungay in Suffolk, Mr Ecclestone went to school in nearby Wissett and still holds the county close to his heart.

The trawlerman’s son has been a keen admirer of the Suffolk Gazette since the newspaper first broke news that F1 would be heading to a new street circuit in Ipswich.

And when he announced this week he was stepping down from motor sport, the Suffolk Gazette editor was quick to make an official approach.

A joint statement confirmed: “The Suffolk Gazette is delighted that Mr Ecclestone has agreed to join the board as a non-executive director. This is an unpaid position, but he hardly needs the money, does he?

“The board meets most Friday nights in The Greyhound pub in Ipswich, and it is hoped Mr Ecclestone will be unveiled there soon. Staff have promised to install a milk crate so he can see over the bar.”

An associate of Mr Ecclestone said: “He is a very astute businessman, and he recognises the huge potential of the Suffolk Gazette. Even though many thought he would now be putting his feet up, he wants to give something back to local business.”