An Ipswich woman has triumphed for a record third year running in the World Feeling Cold Championships, held in Saudi Arabia.

Tracy Dell, a 43-year-old housewife and mother of four, managed to complain about feeling “absolutely frozen” 127 times during the 12-hour competition – even though temperatures were in the high 90s.

This was a new personal best for Mrs Dell, shattering her previous record of 98 complaints during last year’s event on Copacabana Beach in Rio De Janeiro. The world record was 130 complaints set by an Australian woman during the 1999 event in The Bahamas. 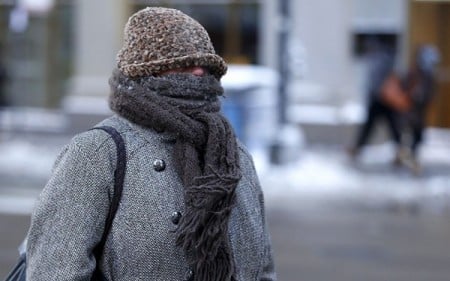 Mrs Del beat 3,000 other woman to claim the title and the prize of an Arctic survival suit and free central heating oil for a year.

The Suffolk Gazette tried to contact Mr Dell last night to ask about his wife’s triumph, but he was unavailable for comment.

* Disclaimer: This spoof is not, in any way, shape, or form, intended to lampoon the fairer sex and their infuriating propensity to constantly whine about feeling “frozen”, irrespective of the time of the year, ambient temperature, central heating setting, being on a collision course with the sun with only minutes to impact etc.

* To read more from this contributor, please visit Soz Satire.