Sir Bradley Wiggins is to ride in this weekend’s Grand National after being inspired by fellow cyclist Victoria Pendleton’s switch to horse racing, we can reveal.

The former Tour de France winner and Olympic gold medalist has been secretly training on the gallops at Newmarket in Suffolk, and will mount the outsider Strava Sensation for the big race at Aintree.

Although he has little chance of completing the grueling course, let alone winning
it, Wiggins, 35, is now the housewives’ favourite and is being heavily backed at the bookies.

Pendleton, also 35, made the headlines when she rode at the recent Cheltenham Festival, proving that the key cycling skills of staying upright and going fast for a long time can be used just as well on a horse. 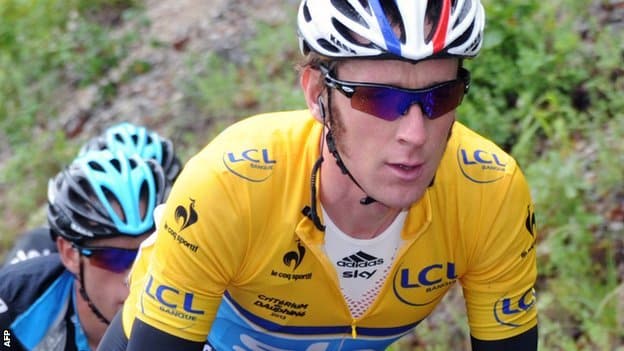 Here Wiggo: Sir Bradley to race in the Grand National

A pal of Wiggins told the Suffolk Gazette: “He knows he is coming to the end of his brilliant cycling career, and he sees horse racing as the next step.

“He has been training hard back in Suffolk for nearly three weeks, and when Strava Sensation was entered by Sheikh Yourbooty’s yard he was offered the ride.

“Sir Bradley can handle the pressure as he knows all about crossing the finishing line first – but he is not too used to jumps, and there are one or two of those around the Grand National course.”

Strava Sensation is 800/1 to win the National, behind firm favourite Many Clouds, which won the race last year.

55,801FansLike
9,857FollowersFollow
April 5, 2016
Previous article
Oven glove invented for Norfolk cooks
Next article
Use your Noodle when potting up