Old man waiting for the pub to reopen

Ipswich has been named as one of the happiest places to live in Britain – on the day police revealed an epidemic of cannabis farms in the town.

While local media reported Ipswich had come third out of 130 towns in a national “happy towns” poll, cops disclosed they had raided 48 illicit drugs factories.

And insiders are now asking: Is the rise in cannabis abuse transforming Suffolk’s county town from crappy to happy?

Twelve years after being placed firmly on the Crap Map, Ipswich is now officially “happy” rather than “crappy”. In 2003, the charming book Crap Towns – The Fifty Worst Places to Live in the UK, noted no-one would ever go to Ipswich again – unless they liked “low-slung Vauxhall Novas with alloy wheels”.

The entry, on page 58, may have single-handedly been responsible for the decline of the town, including the closure of the large Co-op in Carr Street, which forced old ladies to get their “nice dresses” elsewhere. 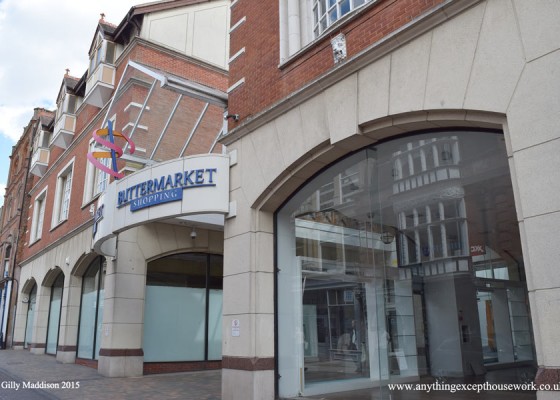 Yet more empty shops in Ipswich

But the new “happy town” ranking coincides with police discovering 48 factories over the past five years producing a staggering 6,682 grammes of cannabis.

So are the two stories connected?

We know that Ipswich beat old rivals Norwich and Colchester by miles in the Rightmove survey of 24,000 people who were asked deeply-searching questions about their hometowns.

The survey included questions about décor, pride, neighbourliness and amenities. But what we don’t know is how much cannabis is produced in Norwich and Colchester compared with Ipswich’s impressive yields.

Norwich ranked 37 in the survey and Colchester 62, which means lots of people there may be unhappy with their wallpaper. Dundee scored highest on the question of how happy people are with their home décor. People from Norwich and Colchester have now been advised to visit Dundee for tips on interior design.

The Mayor of Ipswich was delighted with the town’s ranking, but a woman standing next to him at the opening of a paper bag this week explained: “Oi int surprised we wan third. We got a noice powend shop ‘n a McDonalds.”

She went on to ask the mayor if he had any Rizlas.

It is believed that the thriving waterfront, pictured below, the beautiful parks and the wonderful community spirit helped Ipswich go from “crappy” to “happy” within 12 years. It is also thought that those taking part in the survey may not have noticed the many empty shops blighting the town along with the gallons of pigeon shit covering the buildings. 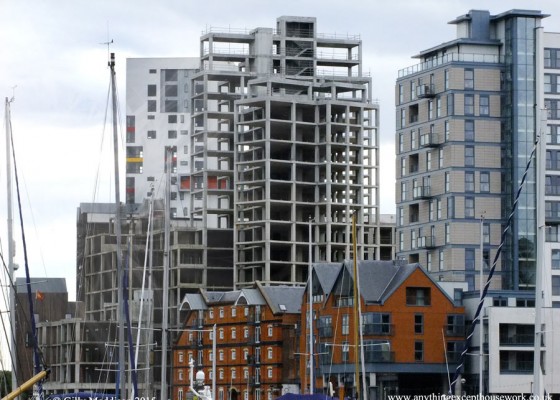 Borough councillor Ed Insand, portfolio holder for Telling the Truth said many people may also be unaware of the mountains of rubbish bags left outside shops for birds to rip open, spilling the contents all over the chewing-gum splattered streets.

He added: “As many people are not in the town at the right time to see this, we usually get away with it.”

When asked if he thought the number of cannabis factories in Ipswich had any bearing on the town’s new status as a “happy town”, he cooed: “Wow man – not sure. Pass me the Pringles.”

A woman who did not want to be identified, but who was named locally as 24-year-old mother of eight Beyonce Scaggs, spoke to the Suffolk Gazette outside the offices of Rightmove. We asked her if she had any idea why they carried out the survey, which saw them make headlines across the media.

To read more from this contributor, visit anythingexcepthousework.co.uk