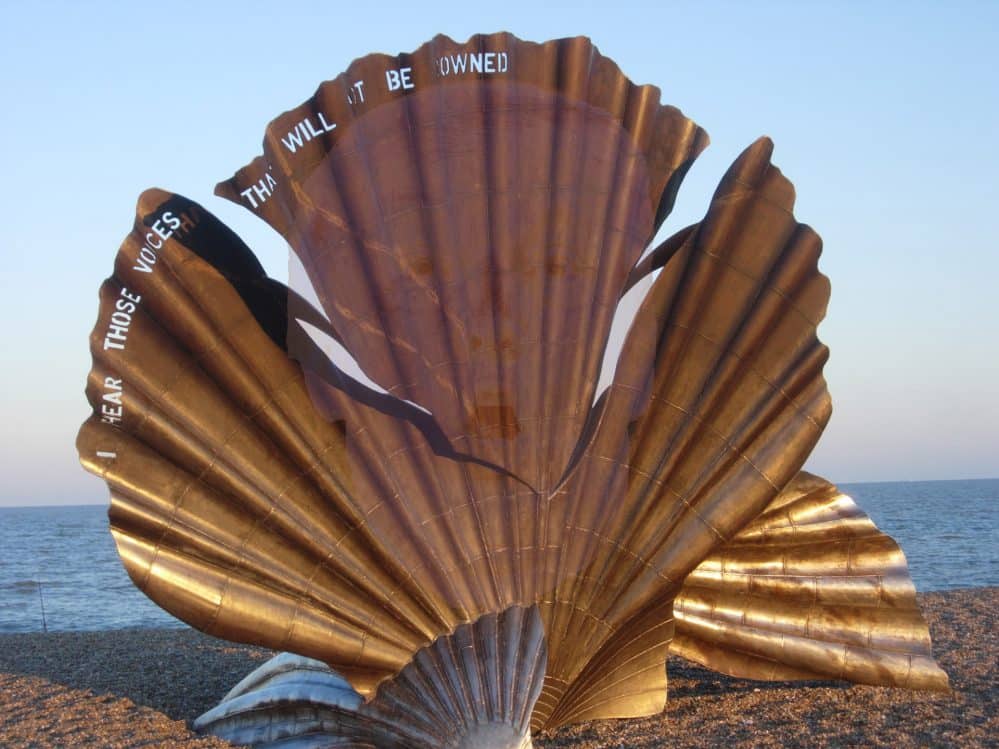 American tourists are flocking to Aldeburgh after the face of Donald Trump appeared mysteriously on the town’s famous scallop beach sculpture.

Trump supporters see the extraordinary image as a “miracle” – and a sign that the controversial republican will sweep into the White House this November.

But residents in the posh Edwardian town say Trump’s face has somehow been painted on the metal scallop – and is simply a publicity stunt for his garish new resort at Aldeburgh Golf Club.

Visitor Lionel Johnson Jr., 57, from Texas insists the sculpture is a message from the heavens. “It really is a sign from our Lord that Donald Trump is going to win the election in November.

“If he can appear successfully on a giant scallop, he can do anything.”

Mr Johnson was one of five coachloads of Americans to stop off at Aldeburgh beach yesterday alone, and Suffolk Police are considering diversions around the area to prevent traffic gridlock.

The sculpture was created by artist Maggi Hambling and has been on Aldeburgh beach since 2003. It has proved controversial and been vandalised at least a dozen times, and now campaigners have more of a reason to hate it.

Retired army major Anthony Frost told the Suffolk Gazette: “Now Trump’s image has mysteriously appeared on the scallop, we really do have to knock it down. It spoils the beach, and his face is frightening small children.”