Mr Spicer, 45, who yesterday claimed Adolf Hitler did not use gas during World War Two, will take up his new position with immediate effect.

United, one of world’s biggest airlines, is in urgent need of a safe communicator after global condemnation for the way it violently forced a paid-up passenger from one of its flights.

Dr David Dao, 69, was injured as beefy security men dragged him from the plane kicking and screaming, because they had overbooked tickets and needed a seat for their own staff.

Video footage of the shocking incident went viral and sent United’s stock crashing by four per cent as the airline faced a PR disaster. 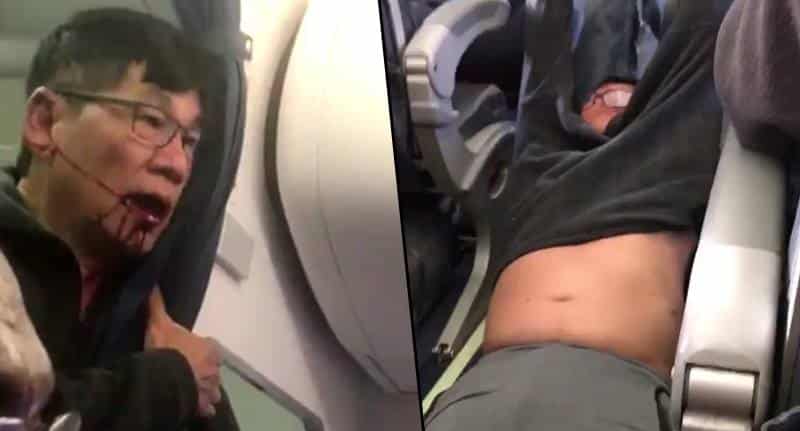 Bloodied: David Dao is dragged from his United Airlines seat

But United believes it can rebuild confidence in its damaged brand with the appointment of President Trump’s press secretary Sean Spicer.

A United spokesman said: “We messed up badly by physically throwing David Dao of his flight, even though he had paid for his ticket.

“We then made things worse with ill-conceived comments from our CEO – and our crisis communications were, quite frankly, a disaster.

“Mr Spicer is an inspired appointment. He has a superb track record for avoiding controversy and putting out media and social media fires.

“We look forward to a long future together, and expect him to arrive soon because we suddenly have lots of spare seats.”

Mr Spicer, whose press conferences are riddled with controversy, yesterday made his biggest gaffe yet when he attempted to claim Syrian dictator Bashar al-Assad was worse than Hitler.

He said not even the Nazi leader used chemical weapons on his own people – seemingly ignoring the millions of Jews who were gassed to death in the Holocaust.