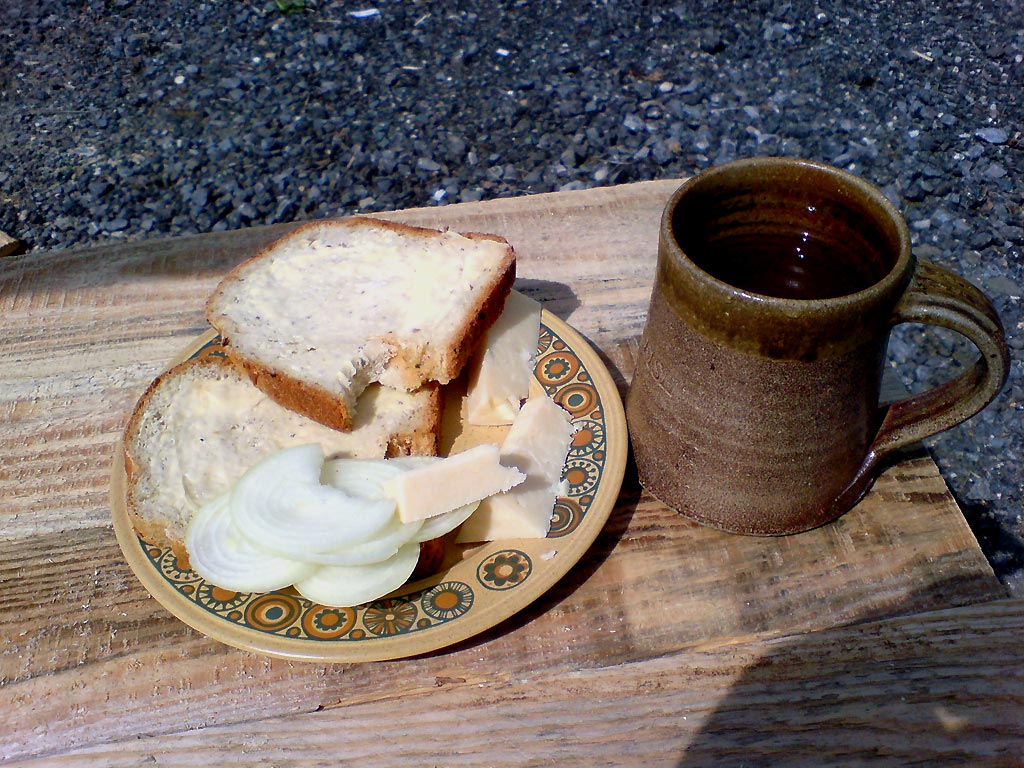 They hope the futuristic food will transform profits by enticing locals to eat in their pubs rather than just drinking ale.

The gourmet meal is considered super difficult to prepare and some landlords are worried the modern cuisine will put customers off.

Pub-goers in Norfolk have been content with munching pickled eggs for years, but food writers have observed some forward-thinking establishments have been dishing up oxtail soup to the more adventurous.

Now the ploughman’s lunch is set to revolutionise the Norfolk pub food scene – so long as punters are willing to accept it.

A ploughman’s takes all the skill of a Norfolk kitchen hand to prepare and many will need retraining.

It is made of two slices of bread, a bit of stale cheddar cheese, some random wilted greenery (including cucumber if it’s in season) and if selected from the a la carte menu, a pickle.

Bubba Spuckler, chairman of the Norfolk Licensed Victuallers Association, said: “We like to consider ourselves as pioneers in the hospitality business.

“And I’m delighted Norfolk is first with this new pub food delicacy. It’s fine dining at its best.

“Just you see – pubs up and down the country will be scrambling to catch up with us now.”

It is believed the meal was called ploughman’s lunch after one Norfolk landlord stole a packed lunch from a passing farmhand. He was so impressed with the contents that he decided to replicate it in his kitchen, where he also has some funny mugs.

55,801FansLike
9,857FollowersFollow
January 3, 2019
Previous article
The Suffolk Gazette guide to achieving your 2019 goals
Next article
China discovers Dark Side of the Moon