Four new guillotines are being erected in Ipswich as part of a tough crackdown on anti-social behaviour.

The sturdy structures are now in place, and Suffolk police are just waiting for the terrifying angled blades to arrive from France.

Executioners have already been hired, with many willing volunteers from certain local Facebook groups all happy to offer their services.

A police insider said heads of the hapless criminals would be displayed on spikes around the newly-refurbished Cornhill, as a deterrent to others.

Ipswich is a popular destination for street drinkers, drug dealers, beggars and residents who seem to think their anti-social behaviour is acceptable.

Now, they face summary execution in the town square, recently part of a multi-million-pound improvement programme, without trial.

Local councillor Lorraine Fisher, 34, said: “This is the ultimate deterrent to local criminals.

“The guillotines were highly effective when used in France during the French Revolution. They were an option for the death penalty until as late as 1981, so it’s quite a modern technique.”

The guillotines have been built for £20,000 each, but council bosses say the cost has already been recouped by selling the exclusive execution broadcast rights to Sky Sports. 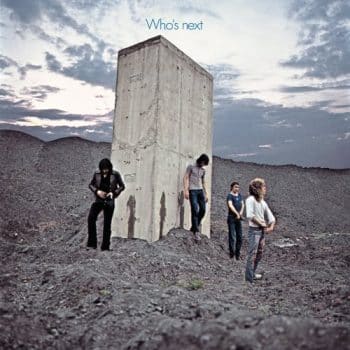 Not my generation
Meanwhile, some wags say the horrific-looking structures, which appear to be rather basic slabs of concrete, will be perfect for those wishing to relieve themselves after one too many drinks.

It is suggested that Ipswich town centre will soon look like the iconic cover to The Who’s album, Who’s Next, pictured above.

“What could possibly go wrong?” asked an office worker on his way to lunch today.