Academics have made an extraordinary discovery proving that Geoffrey Chaucer, widely accepted as the father of English literature, was born and raised in Suffolk.

Long-forgotten papers uncovered at the Suffolk Records Office show that the celebrated poet, who hit number one in the book-selling charts with The Canterbury Tales, was born in 1343 in Gressgrava, the small hamlet now known as Kesgrave, near Ipswich.

Dr Lorraine Fisher, 34, a lecturer at University Campus Suffolk, was sifting through ancient manuscripts when she made the discovery in a diary that will change educational thinking about the brilliant Suffolk copywriter.

“It was an incredible surprise,” she said. “We already knew Chaucer’s grandfather was a rich wine merchant who lived in Ipswich, but to get concrete evidence in a diary entry linking Chaucer’s birthplace to Kesgrave was still unexpected.”

At the time, Gressgrava was a small agricultural settlement with just a few farms, a church and a coaching inn called The Farmhouse. The pub is still there, but the nearby building where it is believed Chaucer was born has now been swallowed up by the Grange Farm development.

“We can’t pin him exactly to the pub, but it is thought it was Chaucer’s favourite watering hole – and our research makes it likely that his grandfather might have owned it,” Dr Fisher explained.

Chaucer’s most famous work was the Canterbury Tales, which told the stories of fictional pilgrims on the road from London to Canterbury Cathedral.

And some Suffolk historians now believe the tales could have been inspired by a journey now serviced by a well-known local bus route. 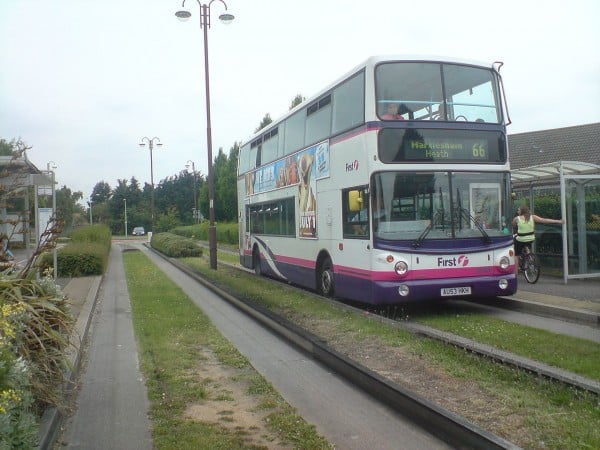 All aboard: bus route may have inspired a young Geoffrey Chaucer. (Photo by Peter Eastern)
“Chaucer would almost certainly have walked along the track now covered by the Route 66 bus service,” said Dr Fisher. “The pilgrims he met on Route 66, particularly between Grange Farm and Martlesham, could well have sparked the initial sketches in his head for the characters in the Canterbury Tales.”

Dr Fisher added that Chaucer would have been taken to live in London at a fairly early age so it would always remain a mystery as to how much he remembered about his formative years in the Suffolk countryside, particularly as he spent a lot of time in the pub. 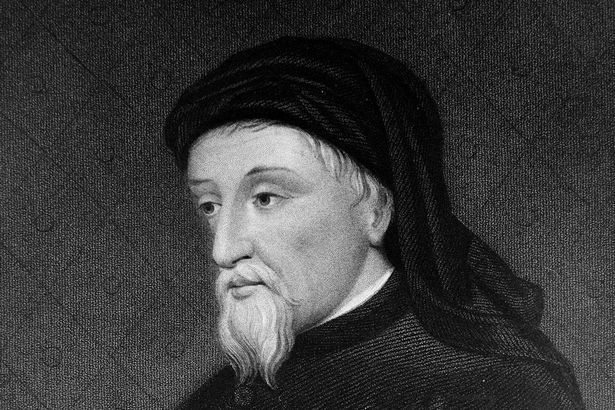 Paperback writer: Geoffrey Chaucer
She believes the turbulent history of Chaucer’s family offers clues to why he ended up in Kesgrave.

“It is well documented that his father was kidnapped by an aunt at a young age in the hope of marrying him off to her daughter in order to keep a property in Ipswich.

“The parents of Geoffrey Chaucer understandably wanted to protect their son from a similar fate so in order to safeguard his inherited wealth from jealous members of the family, he was hidden in Kesgrave, a place that even to this day people never seem to leave.”

Dr Fisher will be sharing her findings as guest speaker of the Chaucer Society later in the month.