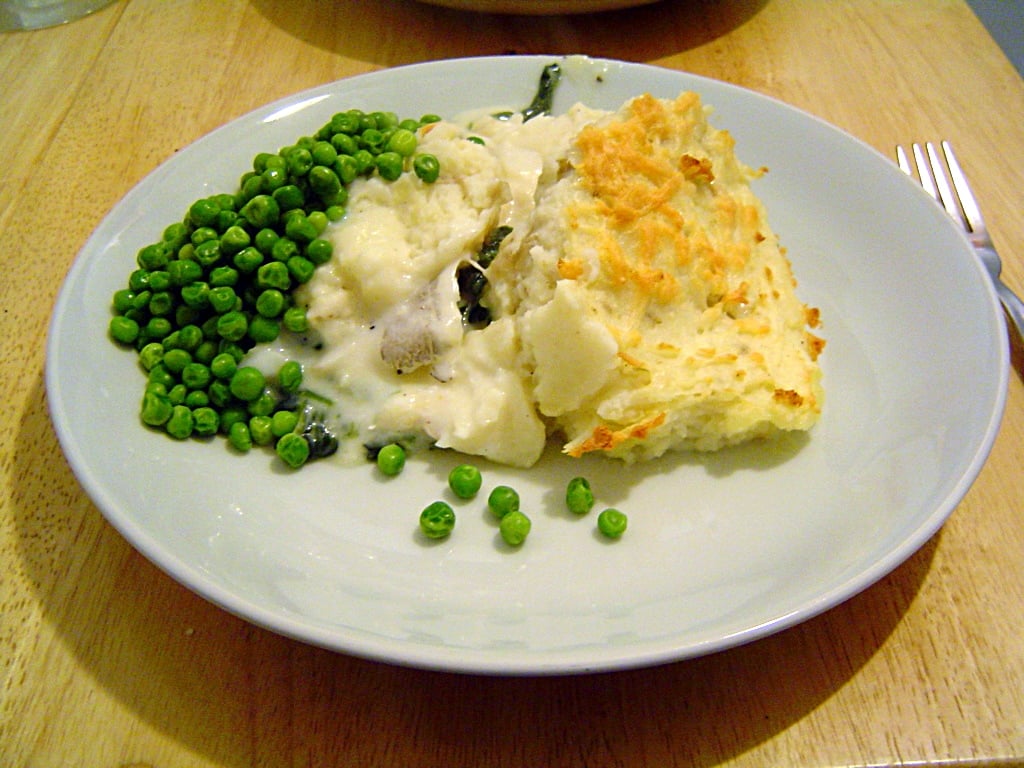 An unholy row over the ownership of a fish pie recipe has divided church-goers in a picture-postcard Suffolk village.

When Doreen Blanche, 82, submitted her delicious seafood recipe to the St Warren Parish Church newsletter in Little Brimmer, little did she know it would lead to a legal battle that has cost her thousands of pounds – and many friends.

For within hours of the church pamphlet being pushed through letter boxes of the village’s quaint thatched cottages and farm houses, all hell broke loose.

Maggie Trenter, 77, who serves on the local parish council and is a key member of the St Warren church choir, went purple with rage, claiming the tasty fish pie dish was her invention, not Mrs Blanche’s.

Mrs Trenter demanded an acknowledgement that the recipe was her own, and that she had given it to Mrs Blanche many years ago because she was hosting a local women’s institute supper.

But when Mrs Blanche refused to credit Mrs Trenter for the recipe, which has a very specific blend of cod, haddock, prawns, peas and herbs, the lawyers were called in.

Even the intervention of long-serving St Warren’s vicar, the Rev Evan Elpuss failed to dissuade Mrs Trenter from pressing on with a claim for plagiarism.

The Rev Elpuss even made mention of the row in a Sunday service, using his popular sermon to beg for forgiveness for those who have sinned in the kitchen.

Now, after months of solicitors’ letters and mounting legal costs, Mrs Blanche has been forced to admit the lovely fish pie dish was, in fact, Mrs Trenter’s creation.

She has been made to settle her own and Mrs Trenter’s legal costs of £4,250, plus write an apology in the latest issue of the Little Brimmer parish newsletter.

There is still much ill-feeling in the village, however, and Mrs Blanche has resigned from the women’s institute and put her house up for sale.

“I have never felt so vilified over a fish pie. I want to make a new start,” she told our reporter, before closing the door.

Mrs Trenter refused to comment, but a statement from her lawyer said: “Mrs Trenter excels at cooking and had created a wonderful fish pie recipe in 1979, using a secret blend of white fish fillets, herbs and of course potato.

“She is quite rightly defensive of her work, and when she let Mrs Blanche have the recipe to help out at a luncheon, she never expected her to pass it off as her own creation in the parish newsletter many years later.”

The Rev Elpuss was unavailable for comment, but church rector Neil Cushion said: “It’s fair to say tempers were a little stretched. We are reviewing the content strategy of our newsletter, and may decide to withdraw the recipe section from future issues.”

55,833FansLike
9,852FollowersFollow
February 23, 2017
Previous article
Cow reveals it does not lay down because it is about to rain
Next article
Greater Anglia invests in faster, greener locomotives