Suffolk GazetteYou couldn\'t make it up
More
HomeNews
May 11, 2018 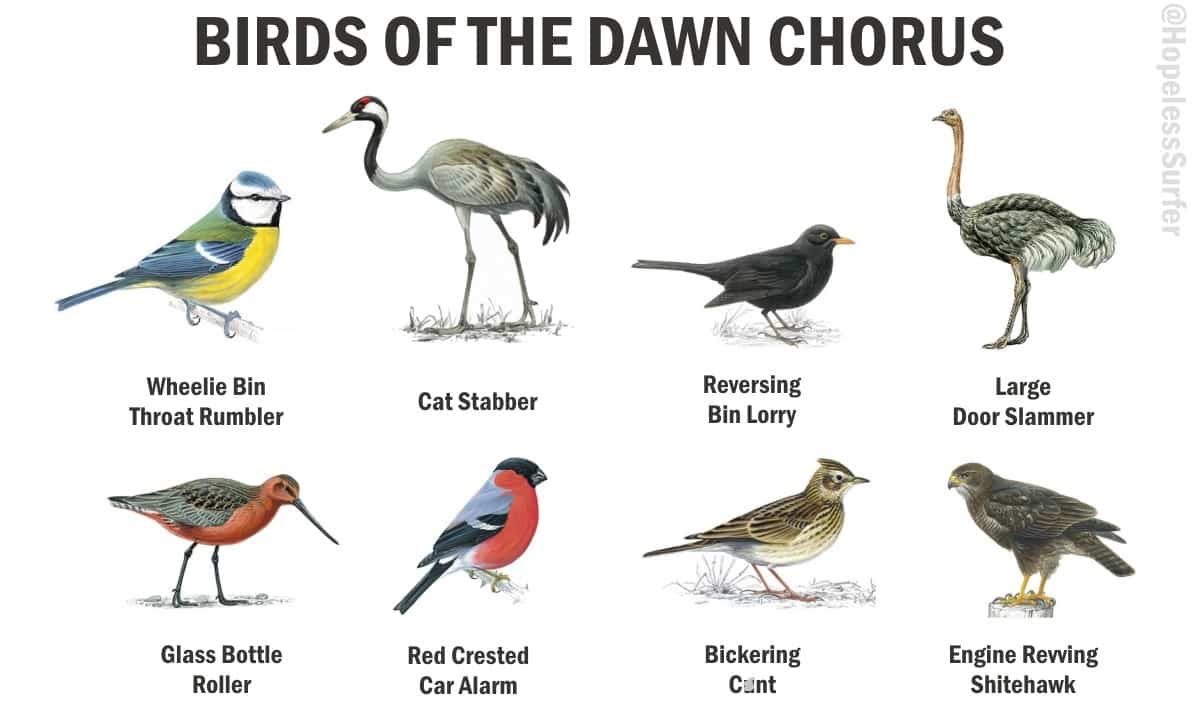 Britain is waking up to an unusually annoying and noisy dawn chorus as migrating birds return for the summer.

Particularly prevalent this year seem to be the colourful Wheelie Bin Throat Rumbler and the cheeky Glass Bottle Roller.

And while the Red Crested Car Alarm is active at all times of year, the returning Reversing Bin Lorry is back with its distinctive call made all the more harsh when the bedroom window is left open.

Excited ornathologists say the Engine Revving Shitehawk has been heard in front gardens from Lowestoft in the north of Suffolk to as far west as Sudbury.

Twitcher Lorraine Fisher, 34, said: “Normally I like to open the curtains so we can all admire my Great Tits.

“But at this time of the year, when we tend to sleep with the windows open, we are hearing all manner of feathered friends even with the curtains closed.

“There are some rare species being heard across Suffolk.

“Only yesterday we had reports of a Large Door Slammer in Felixstowe, and even a Bickering C*nt in Stowmarket.

“The Bickering C*nt is the rare cousin of the more commonly-known Irritating C*nt, which is a thrush.”

Not everyone is as keen on the fantastic dawn chorus generated by our feathered friends.

Steve Walshe, from Woodbridge, Tweeted: “We’ve had the lot going off this morning, including a Cat Stabber, which makes an awful screeching sound.

“Some people love birds, but their bloody morning noise wakes me up far too early. It is disrespectful”