A few years ago, it sounded like 3D home video was going to revolutionise sports consumption. 3D TVs were briefly peddled as the next big thing in home entertainment, and many were excited about the way sporting events in particular could pop off the screen. As it turned out, no one really took to 3D home entertainment. Wearing goggles to watch TV was awkward, and a lot of the viewing experiences, unless specifically tailored to 3D viewing, were somewhat disappointing.

Now we’re in the midst of a new revolution in home entertainment, as more people make the leap to embrace virtual reality. Right now, VR is primarily being used for games rather than just watching content, but movies and television could be just around the corner. There’s also reason to believe that we might soon be watching sports in virtual reality as well.

The first one that comes to mind is drone racing, which might sound like a fringe activity for robotics nerds, but is actually on its way to becoming a legitimate sport. It’s like a combination between playing with remote control cars and hopping into a pod race from Star Wars: Episode I. It’s called “Drone Racing League,” and though a detailed write-up by Wired described it as being in “stealth mode” about 18 months ago, it’s starting to become more mainstream. The most interesting thing might be the viewing experience. Racers “pilot” their drones from a first-person VR perspective, and as the sport expands, this could be how fans engage with it as well. That would make it the first sport (if you want to call it that) where fans engage in the matches from the perspective of a competitor. 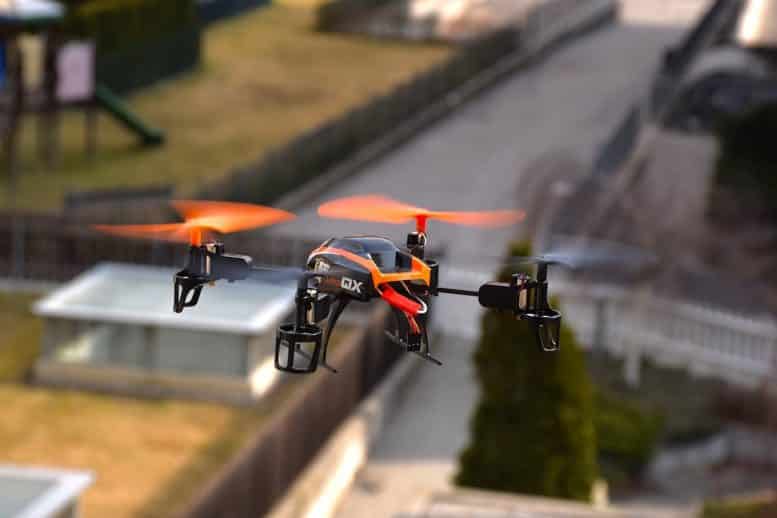 Drone racing: soon to be a legitimate sport

However, drone racing isn’t alone as a fringe “sport” tapping into the wonders of virtual reality. Poker has also come a long way in this regard. Poker tournaments continue to be enormously popular, and the ways they’re being played is starting to change. Casino Source’s guide to live casinos explains how players engage in online games with real human dealers through a live video stream. These live modes offer players the excitement and atmosphere of a physical casino and virtual reality could help take it to the next level. Many people like watching online poker tournaments, and the idea of tapping combining VR with the presence of other real players and dealers could bring fans closer to the action than ever before.

This idea of getting closer to the action without having to leave your couch is something we’re going to start seeing in more mainstream sports, too. In fact, excerpts from a recent podcast at The Ringer indicate that at least one major sports owner is actively considering ways to make it happen. Steve Ballmer, the one-time tech CEO who now owns the Los Angeles Clippers, made some minor waves across the internet when he said that he wants to work out a way for fans to watch games from the perspectives of players on the court. Using point guard Chris Paul as an example, Ballmer argued that software could work out a way for games to be streamed as if from Paul’s eyes—without the player having to wear any sort of goggles or other distracting gear. It’s a bold plan that could still be a ways off but could also present the next big innovation in spectator sports.

Keep in mind that we’re still in the early days of widespread VR adoption. Still, these ideas in games, sports, and niche entertainment, demonstrate a clear trend. 3D failed to bring us closer to the competitive action we love to consume, but VR might succeed where 3D TV failed. In the near future we might be watching our favorite sports in new and exciting ways. We’ll just have to wait and see.